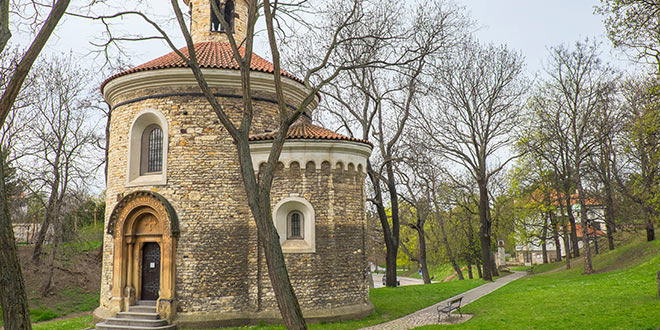 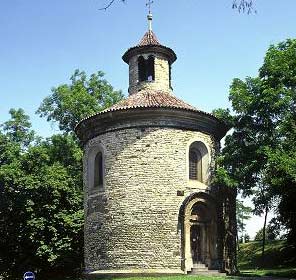 Romanesque St. Martin’s Rotunda is the oldest building not only in Vysehrad but also in Prague. It was built around 1100. It is also the only undamaged monument from the period of Vratislav I.

Recent architectural research discovered that St. Martin’s Rotunda actually contains a secret underground floor that nobody knew of for centuries. Its interior was modified in the 19th century by architect A. Baum. Clerics of Vysehrad reopened it in 1878. You can enter the rotunda during services only.