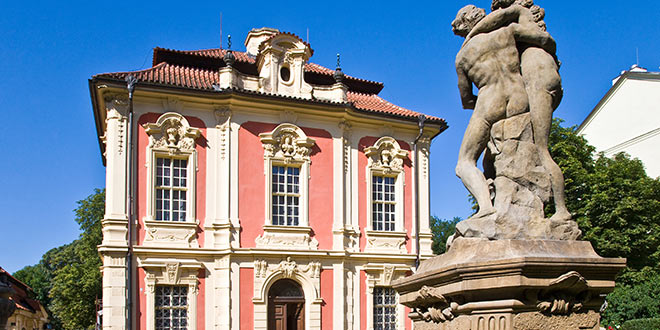 Hidden away behind wrought-iron gates, the Dvorak Museum is housed in an elegant early eighteenth-century baroque French-style summerhouse called Vila Amerika (build in 1720. The Museum of Antonín Dvořák is a part of the Czech Museum of Music that pertains to the National Museum’s complex. Since it was established in 1932, the Museum of A. Dvořák has had its seat in the baroque pleasure house built at the beginning of the 18th century by architect Kilian Ignac Dienzenhofer. The exquisite russet and the cream villa were designed by Kilian Dientzenhofer, the architect responsible for some of Prague’s most beautiful churches, including St John Nepomuk on the Rock stunning St Nicholas in Lesser Town Square. It’s also one of Prague’s finest early baroque buildings. The building has had a varied existence (having served as a cattle market and also a restaurant). Still, in recent years it has been carefully restored. It now contains a permanent exhibition of photographs and memorabilia of the life and work of Antonín Dvořák (1841 to 1904) from the collection of the Dvorak Society. 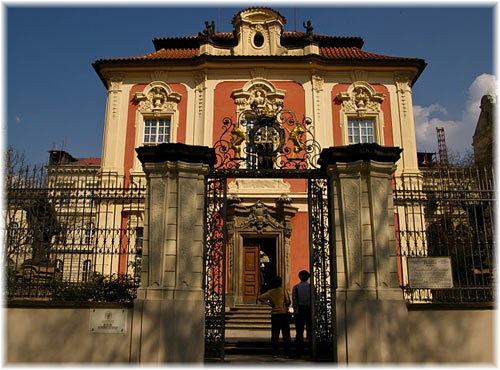 The Museum focuses on collecting, maintaining and displaying documents concerning Maestro´s life and work, such as music autographs, correspondence and other written material, pieces of art and period photographs, programmes, posters, personal objects, etc. The ceiling of the recital hall on the first floor is decorated with a fresco, Apollo, Pegasus and the Arts, by Johan Ferdinand Schor, whilst in the garden are sculptures of the Four Seasons from the workshop of Anton Braun. 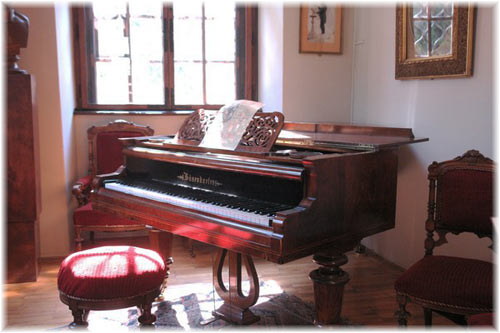 Concerts of Antonín Dvořák Are Staged Here as Well

Among the traditional activities of the Museum is the solemn remembrance ceremony by the composer´s grave at the Vysehrad Cemetery on the eve of Dvořák´s death (1 May 1904) and the matinee on the day before his birth (8 September 1841) known as Dvořák´s Nelahozeves. It takes place in the Antonín Dvořák Memorial in Nelahozeves in the composer´s birthplace, which the Museum maintains. An exhibition about the composer´s youth is situated there. Though very little authentic material is left of that period, the environment that influenced Dvořák for his whole life is impressive. The Museum also takes care of the village house of Dvořák´s best pupil and son-in-law Josef Suk. The exposition in the Suk Memorial in Křečovice presents the life and work of Josef Suk (1874-1935). The displayed documents illustrate the phases of his creative development, including his playing with the Czech Quartet. In the Church of St. Lucas in Křečovice, a remembrance ceremony is held every year to commemorate the death (28 May 1935) of this important representative of Czech music of the beginning of the 20th century. Other locations connected with Dvořák are Vysoká near Příbram (a permanent exposition and occasional exhibitions), Zlonice (exposition about the composer´s youth, about local music tradition and the reconstructed flat of Dvořák´s teacher Antonín Liehmann) and Sychrov Castle near Turnov (memorial hall of the composer).

Dvořák’s wrote in various forms: his nine symphonies stick to classical models that Beethoven would have recognised, but he also worked in the newly developed symphonic poem form. The influence of Richard Wagner is apparent in some works. Many of his works also show the influence of Czech folk music, both in terms of rhythms and melodic shapes; perhaps the best-known examples are the two sets of Slavonic Dances. Dvořák also wrote operas (the best known of which is Rusalka), chamber music (including a number of string quartets and quintets); songs; choral music; and piano music.