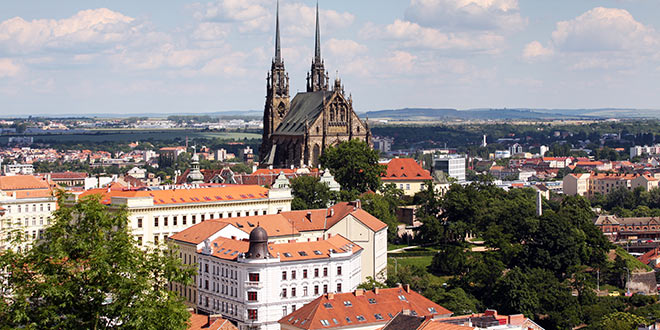 The capital of Moravia and the Republic’s second city, Brno, is famous for its Motorcycle Grand Prix and trade fairs. Still, it is also a lively cultural centre with a major university and several theatres (including the Reduta, where Mozart conducted his own compositions in 1767) and some interesting historical sights. Two Brno landmarks – the Špilberk fortress, which for centuries served as a Habsburg prison and is now the city museum, and the Gothic Cathedral of St Peter and St Paul – stand on adjacent hills. Below the cathedral in the Old Town. It’s worth climbing the tower of the Old City Hall for the views. Notice the middle turret of the hall’s Gothic portal, which is askew: according to local legend, the builder was left deliberately crooked as an act of revenge on the burghers for not paying his wages in full. 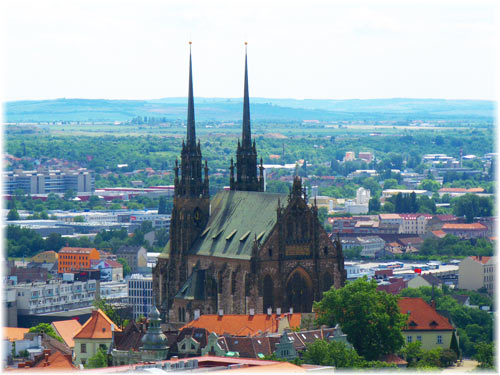 This area of the city holds the vast majority of the city’s historical sites and a large number of museums as well. It is mainly based around two squares – Zelnytrh and Namesti Svobody – and is a must-visit location for anyone with the chance to go there. Outside the Old Town, there is the cathedral on Petrov Hill, Spilberk Fortress, Villa Tugendhat and the Augustinian Monastery, all of which are worth visiting.

The most important example of modern architecture in Brno is The Tugendhat Villa – a historic site (which is inscribed on UNESCO’s World Cultural Heritage List).

Villa Tugendhat, dating from June 1929, was designed by one of the most famous European architects, Ludwig Mies van der Rohe. It represents the Modern Movement’s (Functionalist) architectural style. The architect had no financial limitations; therefore, construction materials and equipment were top quality. The Tugendhat’s were a newly married couple who moved to the villa in 1930. They lived there only till the year 1938 when they had to flee the Nazis. The villa has survived until today in its original form. It is currently owned by the City of Brno, making it accessible to the public and carrying out a complete renovation. It is the first monument of modern architecture in the Czech Republic and only the fourth worldwide, which has received the prestigious UNESCO designation.

Špilberk Castle is one of the dominating features of the Brno skyline. This monumental fortress can be seen from a great distance. The role of Špilberk has changed throughout the ages. It has gone from being a fortress, originally the seat of the Moravian margraves, to being the most formidable prison in the Austrian Empire. It currently houses the Brno City Museum. Among other things, visitors can see underground casemates with a torture chamber and rack, as well as the dungeons of well-known prisoners – Baron Trenk, the bandit Babinský, and others.

This is a cathedral with huge towers that dominate the skyline of the city. It has origins stretching back to the 11th century, but it was in the 13th century that it got its distinctive Gothic look. Although a huge amount of alterations eventually destroyed its original look, it was restored in the 1800s to look just like the building of the 13th century again. The towers provide great views of the city, and the crypt of the original church is also very interesting.

Church of the Holy Cross

This church can be found at the foot of Petrov Hill and is a prime example of the Capuchin churches that can be found throughout Europe. This church is best known for something far more grisly, though – there are mummified monks – fully dressed – in the crypt!

Open: April to September from 10 am-6 pm every day; October to March from 8 am-6 pm Monday-Friday, 9 am-5 pm Saturday and Sunday.

Located just off Zelnytrh, this is the oldest secular building in the whole of Brno, dating all the way back to 1240. The most noticeable aspect of the building was created in 1510, when a door was cut into the tower on Radnika and surrounded by a spectacular Gothic design. This was completed by Anton Pilgram and showed knights at the bottom, with portraits of the aldermen of the town found above. Placed centrally in the figure of Bling Justice, with a pinnacle above the statue deliberately out of line. This deliberate design is rumoured to be revenge by Pilgram, who was underpaid for the work that he completed. The Old Town Hall is also the location of the tourist office, which provides information on other places to visit in the city.

Although described as “new”, this building still dates back to the 16th century, and it is still where the council of the city sits. The building was, in fact, built inside an old Dominican monastery, although not much remains of this original building. One can still see the Gothic cloisters inside the town hall, though. Renaissance buildings surround this picturesque setting, and many people are amazed by the beautiful sundial in the courtyard.

This gallery is, in fact, housed over three different buildings. Perhaps the most popular is the section of the gallery at the Umeleckoprumysloe, which houses some works from the field of applied arts. Included within this exhibition are Art Nouveau glass and 19th-century furniture.

Although the architecture of this museum is a fine portrayal of Gothic work, this building is famous mainly because it was here that Mendel worked on his theory of genetics. Visitors can now visit a museum dedicated to this remarkable man housed in the monastery’s west wing.

Other places worth seeing in Brno are: 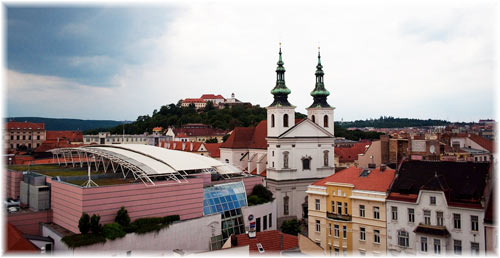