Cocaine Is Popular in Prague. However, Young People Are More Careful With Drugs 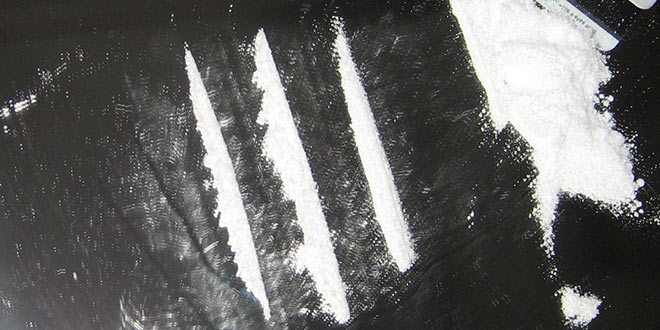 “Drop In” will open a new centre for curing addictions in May 2017 on Tesikova Street in Prague 12. It will be dedicated not only to drug problems but also to alcohol abuse and gambling. “Cocaine is in fashion now; it is used, for example, by managers of big corporations,” says Jiri Presl, director and chief doctor in the centre for prevention and therapy of drug addictions, “Drop In.”

How many active drug users are there currently in the Czech Republic?

“There is no breaking news in the number of drug addicts. It is still a fact that we have approximately 25 thousand problematic users in the Czech Republic. From my point of view, there have not been many dramatic changes. During the last five years, the situation did not worsen, and I would actually say it is slightly better, with the number of high-risk users decreasing. Users of intravenous drugs are getting older, and the new generation does not want to fall to the bottom of life on the streets. Young people are trying to be more cautious.”

Is marijuana still on the top rank?

“If we are talking about all illegal drugs together, then yes, marijuana is in the first place. But in my opinion, it is difficult to compare marijuana abuse with doing hard drugs, and we need to separate these two. Regarding marijuana, we perceive a decrease in interest. When it comes down to hard drugs, crystal meth is traditionally the favourite, and the second rank belongs to opiates. Then there is a category that is not mentioned often because it is not a street drug – cocaine. It is on a big increase now.”

“Because it is in fashion. Not among the street drug addicts; it is too expensive for them. It is popular among young people who are well situated and make good money. Among them, you can find managers of big corporations, artists, celebrities, rich youngsters. It can be seen in night clubs, where cocaine is used in restrooms. People start with other drugs usually in adolescence, but with cocaine, mostly after twenty years of age.”

Cocaine used to be very popular in Czechoslovak Republic times.

“The situation was much worse back in these days because cocaine was a semi-legal drug, especially among artists. It also was part of a fashion wave that seems to be returning now. The interest in cocaine will decrease again – it is like that with all drugs. The interest in a particular drug always starts, increases, culminates and decreases again. All of a sudden, it can be seen that while the interest in one drug is decreasing, another drug is becoming popular. It is going round and round.”

Is a drug user recognisable at first glance?

“Is a marijuana smoker recognisable at first glance? No. Would you guess that a young lady, buying an expensive handbag at Parizska Street, is a cocaine user? No. On Wenceslaus Square, you can tell because the junkies are recognizable quickly according to their unkempt, dirty appearance. They differ greatly from other majorities. But in normal cases, you cannot recognize anything, not even if a person is high. Because if he or she is in an optimal state, under an optimal dose, the behaviour is relaxed, and he or she is in a good mood. You can recognize it only in the case of an overdose.”