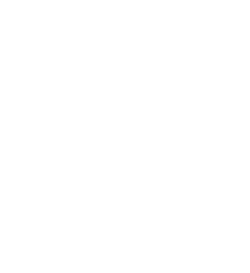 Prague’s liberal laws and liberal policies mean that the city has earned a reputation of being weed-friendly. It is estimated that nearly half-million marijuana users are largely ignored by the authorities and tolerated by almost everyone. Most pubs and non-tourist bars outside of the centre allow you to smoke inside. But don’t try lighting some skunk at a dance club! Drug possession is illegal in the Czech Republic, and on January 1, 2010, the government set out the possession limits for a misdemeanour offence and a criminal offence.

What are those all-important amounts?

As reported in other sources, it is a misdemeanour offence to possess drugs up to the following quantities: (to clarify, if you have less than the amount listed, it is still illegal but is not a criminal offence – just an infraction)

Five plants of hemp or 15.0 grams of marijuana, 40 pieces of magic mushrooms, 5.0 grams of hashish, five LCD-laced papers or other materials with LSD, 1.5 grams of heroin, 1.0 gram of cocaine, and 2.0 grams of methamphetamine.

These limits have nothing to do with any of the substances being legalised. As a misdemeanour offence, drug possession up to the amounts mentioned above can carry a fine of up to 15,000 CZK. However, since it is a misdemeanour, someone charged with this type of possession will not have their name on a criminal record.

The question of whether this is liberal will depend on the enforcement by police. Generally, the Czech Republic has quite a liberal reputation as far as marijuana use goes. Personal observation and anecdotal evidence suggest that the use of marijuana is more open compared to other European countries. However, criminal possession of drugs can involve imprisonment of up to two years.

For many, the flip-side to more permissive drug laws is adequate secondary and tertiary prevention; that is, prevention for people who already use. Throughout the Czech Republic, there is a large network of these services: mostly non-governmental, outpatient consulting and treatment, residential follow-up care, substitution programmes, street work, etc. Languages spoken in the various institutions will vary, though most often there is English. One such organisation is Drop In Prague, which offers programmes, counselling, needle exchange, foodstuffs, HIV and hepatitis tests, substitution programmes, administering methadone in the form of Subutex, a centre for follow-up care, a centre for families, and a street work programme.

Cocaine Is Popular in Prague. However, Young People Are More Careful With Drugs