Palace of the Lords of Kunstat 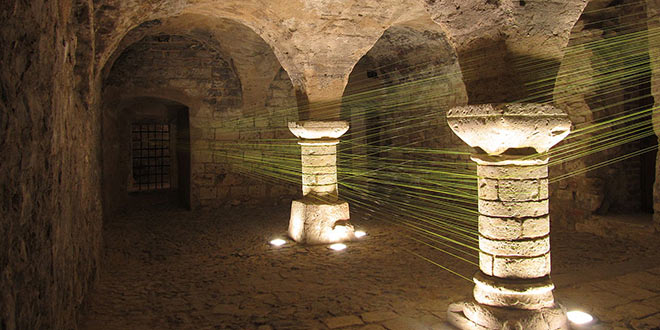 The palace was built around the year 1200. In the basement are three of the best-preserved Romanesque rooms in Prague. The house was enlarged in Gothic style by the Lords of Kunstat and Podebrady in the 15th century. Today it houses a historical exhibition devoted to George of Podebrady, a Hussite king who stayed here for a time. Visitors will see two vaulted chambers with Romanesque columns and other impressive detail in one of the oldest preserved urban residential areas in town. Now underground, these chambers were originally near a street level. In another wing is a small exhibition on the spirit of one of the palace’s residents, King Jiri of Podebrady, who brought a measure of order to the strife-torn Bohemian kingdom in the fifteenth century, even introducing an early prototype of the European Union!