At the Hybernians’ Palace 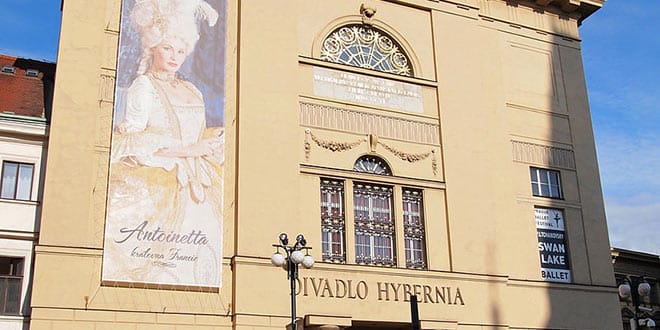 Nowadays, one of the most modern theatres for music plays in Prague, Hybernia, is situated in the reconstructed Hybernians’ Palace (Palác u Hybernů) in námesti Republiky. It’s situated opposite the Powder Gate and the Municipal House in Prague.

The Palace stands on the site of a former Benedictine church. The property was given to Irish Franciscans, who were expelled from their country by Queen Elizabeth in 1630. The Latin word for Ireland is Hybernia, which is why the monks were called Hybernians. The church was destroyed, and a new convent with the Church Of The Immaculate Conception Of The Virgin Mary (Kostel Neposkrneneho poceti Pany Marie) was built instead of it in 1641-1654. A tower was added in 1672, and a monastery library in 1701. By the way, the Franciscan monks were the first people who grew potatoes in the Czech lands.

Joseph II abolished the monastery in 1785, and the monks had to go back to the country of their origin. Since then, the building has served as a military building, a theatre, a customs office, a financial office, a censoring office, an exhibition hall and today a theatre for music plays. 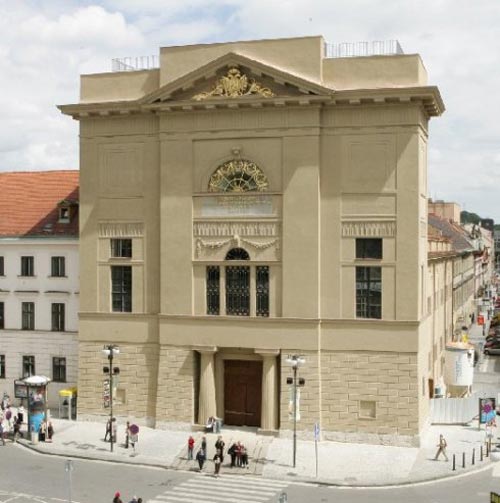