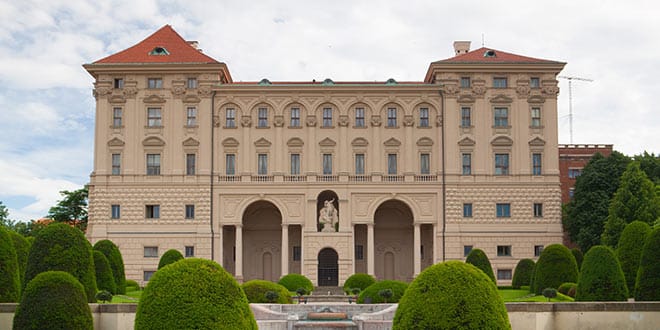 Just a few hundred metres from Prague Castle across the square from the Loreto is the expansive facade of Černín Palace. Prague’s largest Baroque palace has a facade stretching the entire length of Loretanske Square (measuring an astounding 150m). Built in the 17th and 18th centuries as the residence of the Černín aristocratic family, the Baroque palace now houses the Foreign Ministry of the Czech Republic and is not open to the public.

The palace witnessed a mysterious death when Jan Masaryk (son of the founder of Czechoslovakia), the only non-communist member of the government, fell to his death in 1948 from an upper-floor window into the courtyard below. Many believe that Masaryk was actually murdered on the orders of Stalin as the communists rose to power.

Location: Loretanske square 5, Hradcany
Open: not open to the public. 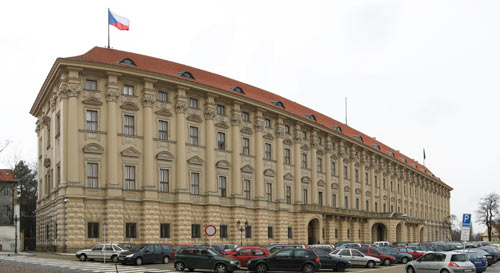