DISCOVER PRAGUE!
HomeNewsDelta Air Lines Will Fly From Prague to New York in the...
News 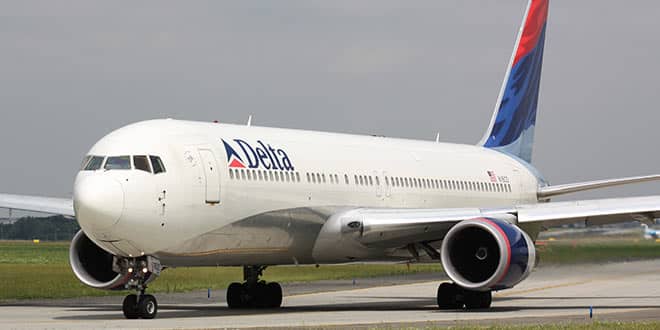 Delta Air Lines will resume seasonal direct flights between Vaclav Havel Airport Prague and New York JFK from 23 May 2014. They will fly in cooperation with Air France KLM seven days a week in the summer season. They will use Boeing 767-300s with a capacity of 225 seats on the airline.

“Delta extends the range of options for travelling from Prague to the United States during the period when most people want to travel there – during the peak summer season,” said Perry Cantarutti, Delta’s vice-president for Europe, Middle East and Africa.

Delta terminated the year-round service between Prague and New York in November and newly wanted to fly only during the summer. Increasing weekly frequencies by five to a total of 24 per week on the same route was also announced by LOT Polish Airlines on Thursday, mentioned CTK.

Delta attracts customers by offering 25 seats that can be put into a fully horizontal position in BusinessElite. The airlines have also invested in upgrading economy class in the form of enlarged foot room, adjustable rests, a USB socket, and a personal entertainment centre with movies, music and games.

Delta Air Lines carry over 160 million passengers per year. They offer flights to 314 locations in 58 countries around the world. They employ nearly 80,000 employees and operate a fleet of more than 700 aircraft on main lines.