DISCOVER PRAGUE!
HomeNewsPrague Is One of the Best Ten Cities for Winter Holidays, Writes...
News

Prague Is One of the Best Ten Cities for Winter Holidays, Writes CNN 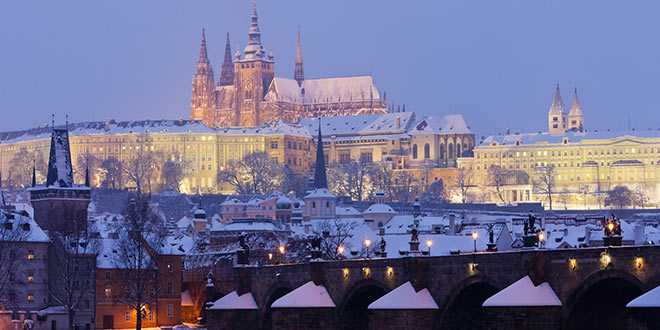 Prague ranks among the top ten cities that are ideal for winter holidays. The list was created by the US news channel CNN. Besides the Czech capital, CNN recommends visiting Salzburg in Austria, Tromsö in Norway, Amsterdam, Nagano in Japan, Reykjavik, Berlin, Ottawa, Washington, and Edinburgh in Scotland.

According to CNN, the metropolis on the Vltava River gets a fairytale tinge in winter because the snow on the roofs, labyrinthine paved streets of the Old Town, Romanesque arches and gaslighting enhance the magic of Prague even more. The American television station recommends tourists warm up in one of the many cafes during romantic evening walks.

Among other things, CNN recommends visiting the Christmas markets in Prague and going to the Stavovské Divadlo (theatre), where Wolfgang Amadeus Mozart in 1787 introduced the opera of Don Giovanni for the first time.