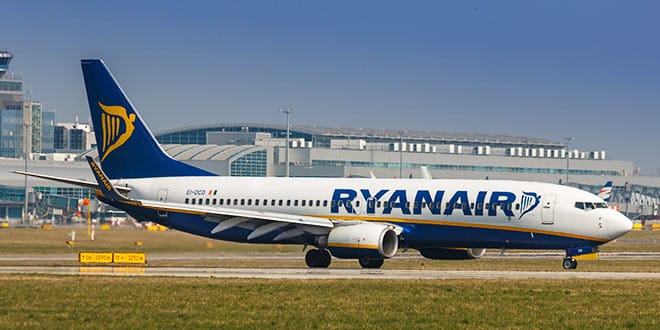 Ryanair, Europe’s largest low-cost airline, will start two lines from Prague Václav Havel airport from April next year. There will be another international connection between Prague and Dublin, which the company had already announced, and a new connection to London Stansted airport.

Ryanair thus renews two connections which ran until 2010. Because of the failure to negotiate lower fees, the airline subsequently had to leave Prague. The Irish airline’s aircraft will fly to Dublin five times a week, namely on Monday, Tuesday, Thursday, Friday and Saturday. Then the aircraft will be directed to the Stansted airport daily.

Ryanair expects that both lines will carry around 180,000 passengers per year, thus enabling the maintenance of 180 jobs at the airport and throughout the region.

“Ryanair launches sale of air tickets with the price starting at CZK 819, which will apply to flights from April until May 2014 booked by Thursday, 28 November at midnight at the latest,” sales and marketing manager for the Czech Republic, Henrike Schmidtová, said. To be clear, the price is for one-way flights.

The low-cost Ryanair airline operates more than 1600 daily flights and connects 182 airports in 30 countries. The airline also operates a fleet of over 300 Boeing 737-800 aircraft. Ryanair has recently announced firm orders for a further 175 new Boeing aircraft, which will be delivered between 2014 and 2018.