DISCOVER PRAGUE!
HomeNewsExchange Offices Inspection - Only 16 Crowns per Euro in Some Offices
News

Exchange Offices Inspection – Only 16 Crowns per Euro in Some Offices 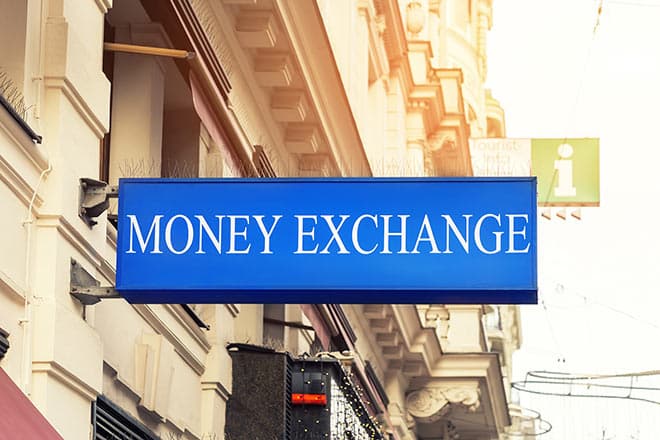 TV Novas´ reporter Jana Schillerová focused on the practices of Prague exchange offices. Especially those that are in the major tourist destinations of the capital. She has visited several of them in recent days. She has exchanged money at the airport, train and bus stations.

This time she has decided to test the exchange offices in the subways. However, the first exchange worked didn´t even bother to get her acquainted with the rate or even the final amount.

She has received 33 euros and 40 cents at a rate of thirty crowns per euro. Compared to a bank rate (around CZK 26), this is not a win, but it is not entirely bad. However, the exchange back to Czech crowns will surprise her. The banknotes and coins are examined in detail by the worker. She only gets an incredible 16 crowns per 1 euro.

This is the least she gets for a euro. He has 534 crowns for about 33 euros. That means she is left with about half a thousand.

The Florence subway exchange office is thus number one in depreciation of a thousand crowns. While he has had 598 crowns left after the exchange to the euro and back at the airport, it was 30 crowns less at the main train station. She had lost 466 crowns in a blink of an eye at Florence.

She has taken advantage of a three-hour period during which she can withdraw from the transaction, even in this case. However, the exchange office worker guesses that she probably didn´t like the rate and starts to bargain. “I’ll give you a better rate. What rate? What rate do you want?” he offers to the reporter.

However, when she demands the exchange rate of twenty-four crowns per euro, the exchange office worker says she would have to change at least 100 euros. In the end, the money is returned without signature and confirmation.

The same repeats in the exchange office next door. However, the process and the rate is the same. It seems that these are different exchange offices at first glance. One is red, the other is blue, and each has different inscriptions. But both are run by the very same company.

Another attempt was held at the exchange office in the Muzeum subway station. There is a fair exchange rate for the euro. They give you 2 crowns for a euro when exchanging back. The surprise comes when the claim is made. The reporter gets her paperwork, but then an offer comes—more than 24 crowns per euro. If you want to exchange money for any currency, it is not enough to go to the exchange office. More experiments are needed.

Whip for the dishonest exchange offices. Only one exchange list, no fees and the possibility to withdraw from the unfair exchange of money within three hours. What do you think about the new rules – will they help the exchange offices get their reputation back?