DISCOVER PRAGUE!
HomeNewsThe Interest of Foreign Tourists in Czechia Has Been Increasing, as They...
News

The Interest of Foreign Tourists in Czechia Has Been Increasing, as They Travel More to Regions 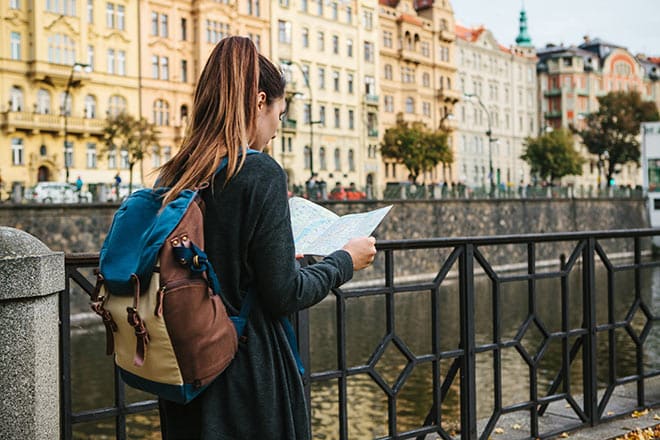 During the last few years, foreign tourists have proven to be more interested in the Czech Republic. Although Prague still remains the main attraction, tourists tend to visit other regions. According to Monika Palatková, the director of the CzechTourism agency, approximately ten million tourists were accommodated in mass facilities in the Czech Republic last year. The year-on-year growth is about ten percent.

“We expect that the last year possibly brought us a two-digit increase in both domestic and foreign tourism,” she added. To this ten million foreign tourist accommodated in hotels and pensions, we should also add many one-day visits and visitors who chose individual accommodation facilities.

“The travel opportunities for foreign clients in Prague and also in other regions are improving, regarding diversity and also quality,” Palatková said. The interest of tourists was also supported by the weak state of the Czech Crown in the past. On the other hand, its strengthening has not proven to have a negative impact.

The 100th anniversary of the Republic

CzechTourism entices tourists from remote destinations to the Czech Republic; Palatková mentioned India, China, and South Korea. In these cases, the growth of interest is about 30 to 50 percent.

“Their knowledge is often very good, but it is mostly about Prague. Therefore, we try to involve more other regions too, and we have happened to be very successful in its last years,” she added. According to her, safety is a very important factor for many tourists.

This year’s theme is the 100th anniversary of Czechoslovakia – a country which does not exist for a quarter-century. “Our partners keep asking us what the events will be and what we are up to. This theme will resonate globally,” Palatková said. She is expecting a great increase in interest among tourists, especially from Slovakia.

Share
Facebook
Twitter
Pinterest
Email
Print
Previous articleThe Alcron Restaurant in Prague Is the Best In the Czech Republic in the Long Term
Next articleBetter Than New York. Prague Is Rising in the Ranking of the World´S Best Destinations
RELATED ARTICLES
News