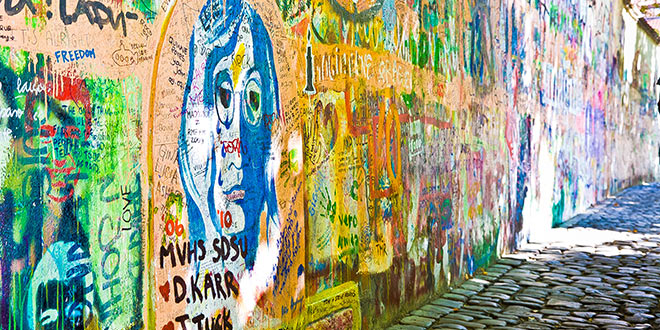 The Lennon Wall was an ordinary wall in Prague, but since John Lennon’s death, Prague’s youth have covered it with John Lennon inspired graffiti and Beatles lyrics. From famous quotes like “give peace a chance” through personal sentiments from the individuals living through this period, the wall was a pertinent reminder of how things used to be.

In 1988 the wall was a source of irritation for the then communist regime of Gustav Husak. Young Czechs would write grievances on the wall, and a government report written of it at this time led to a clash between hundreds of students and security police on the nearby Charles Bridge. These students’ movement was described ironically as Lennonism, and the Czech authorities described these educated, peaceful people as alcoholics, mentally deranged, sociopaths, and agents of Western capitalism. 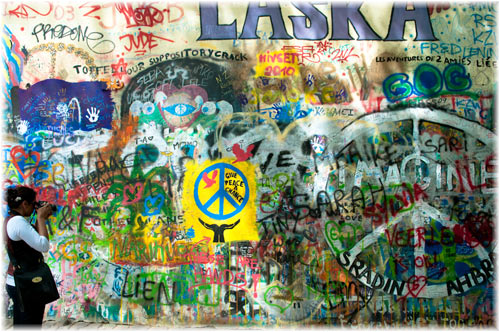 The wall continuously undergoes change, and the original portrait of Lennon is long lost under layers of spray paint.  The wall is owned by the Knights of the Maltese Cross, who graciously allow graffiti to continue what is actually a lovely Renaissance wall. It is located at Velkoprevorske namesi (Grand Priory Square), Mala Strana. 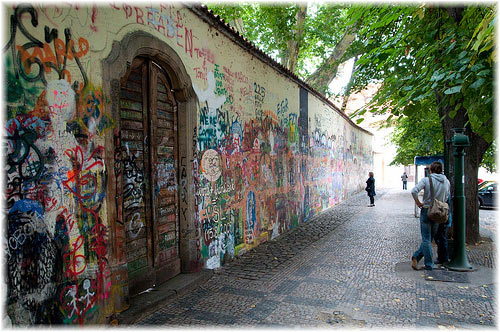