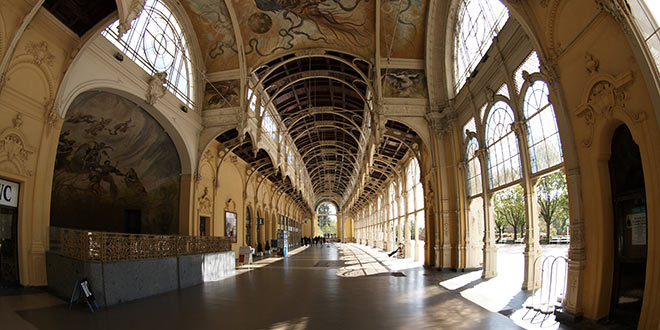 In the 18th century, there was nothing but nature in the valley where Mariánské Lázně lies. There were only dense forests here, and it was amidst them that the mineral springs were found in bubbling bogs. After this, everything began to change, and the first spa building appeared here half a century later. From then on, the spa developed at rocket speed, and in the next 100 years, it became one of the most famous spas in the world. 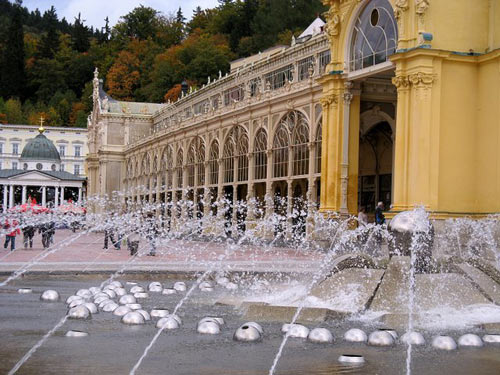 It All Began With a Celtic Chieftain

There is a legend that involves far older events related to Mariánské Lázně. Allegedly, there was once a Celtic chieftain called Aribert, who ruled the tribes in the area of the River Ohře. This gentleman used to come to the mineral springs in the forest with his ill daughter. The first historical record concerning the springs was a letter written in 1528 by Ferdinand I to Abbot Anton from the nearby monastery in Teplá. He asked for samples from the Salt Spring (now called the Ferdinand Spring) to be sent to Prague. The king wanted the water to be used to produce table salt, which was lacking in Bohemia at that time. No one knows how this all ended, but it must have been quite interesting as the saltiness of the water here is not caused by table salt but by Glauber’s salt, which acts as an excellent laxative. The first record of someone actually undergoing treatment dates back to 1609.

The town physician of Horm Slavkov prescribed a hot bath in water from the Smelly Spring (today the Mary Spring) for Lord Jáchym Libštejn of Kolovrat. Shortly after this, the court counsellor to Holy Roman Emperor Rudolph II, going by the name of Prudentius, underwent similar treatment. Mineral water was brought in barrels for him to Úšovice, where it was heated in the farm courtyard using hot stones. Prudentius came here with serious gout. The treatment was apparently successful because it enabled him to walk again.

One of the greatest Czech scholars of the end of the 17th century, Bohuslav Balbin, wrote about how wayfarers and vassals drank from the curative springs. On the other hand, he also wrote about other less positive things. “Stagnant water comes to the surface a few steps away from the salty acidulous water. Its strength is amazing. Birds flying over it fall from the sky and die.”

From the First Cottages to the King of England

During the following decades, the news started to spread throughout Bohemia and the surrounding countries about the miraculous curative springs. Increasing numbers of sick people began to come, and the water began to be delivered to other locations in the surroundings. In the year 1786, the first cottages were built near the Cross Spring, and in 1808 Doctor Johann Nehr had the first spa house built. Ten years later, Mariánské Lázně was officially proclaimed as a public spa and building started at a frantic rate. This process was further enhanced after the building of the railway line to the spa. In fact, the boom was far greater than any of the spa’s founders could have imagined. Mariánské Lázně became one of the foremost spas in the world. Everybody of any importance came to the spa, including dozens of kings and hundreds of family members, princes, counts and barons. The spa attracted the foremost artists and intellectuals. King Edward VII came here a total of nine times at the beginning of the 20th century. He posed as Lord Renfrew or as the Duke of Lancaster, but his real identity was known to the locals. In the year 1904, he held talks here with Austrian Emperor Franz Joseph I and in later years with Russian Foreign Minister Izvolsky and French Premier Clemenceau.

Emperor Franz Joseph, I had stayed here before as a seventeen-year-old with his younger brothers Ferdinand Maximilian (later the Emperor of Mexico) and Karl Ludwig. Among the hundreds of well-known personalities that visited the spa were Mark Twain, Johann Strauss, Thomas Edison, Sigmund Freud and Franz Kafka. 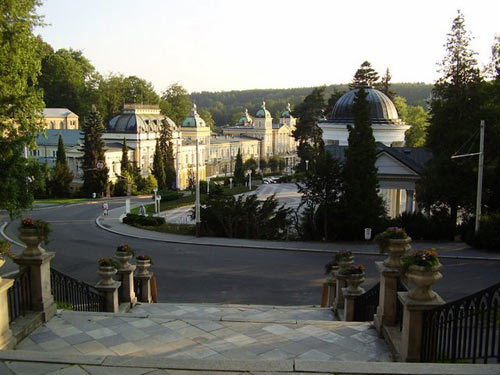