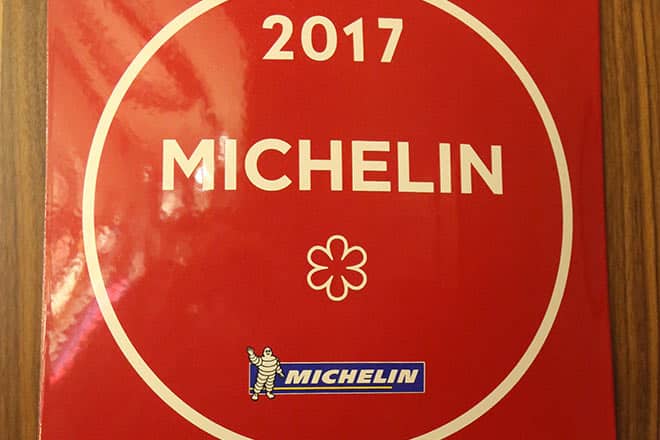 A restaurant called Eska, based in Karlín was awarded the Bib Gourmand award, which means that according to Michelin, this restaurant is serving exceptional meals for a great price. Whether you find the prices of 135 CZK for fried onions or 298 CZK for a pork tongue served with horseradish ‘fair’ could be up for debate. Eska has thus been moved into the group of elite Michelin-star restaurants like Maso a Kobliha, Aureole, Divinis, Na Kopci, Sansho a SaSaZu.

The owners of La Degustation Bohême Bourgeoise, Alcron and Field surely felt relief because these restaurants managed to hold onto their one Michelin star.

Two Michelin stars were awarded to twelve new European restaurants, so at the moment, there are ninety-one of them in the Michelin guide. In its category, Amador, a restaurant in Vienna, is highly praised. The guide praises its distinctive interior with wine casks and the talent of a young but extremely experienced chef. Only twenty restaurants so far have three stars, the newcomer to this category being Lasarte in Barcelona.

“When we awarded a Michelin star to two restaurants in Prague in 2012, we believed that it could have been the beginning of a new era of gastronomy in the city. But this trend can be now more felt in Budapest or Warsaw. Prague is much slower in its evolution. I personally believe that the local chefs should be keener on their national identity and so instead of presenting their guests with international menus should be working on cooking local, more distinct food,” added Rebecca Burr, a chief inspector working for Michelin.