One-Fifth of Prague’s Grocery Stores Are Cheating on Foreigners, a Recent Study Showed 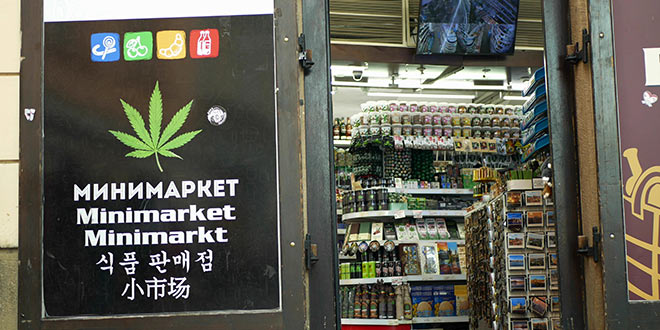 Scams running on foreigners are relatively widespread in Prague’s grocery stores located in tourist spots. A recent study found that more than 20% of such stores did cheat tourists when the opportunity arose.

The study focused on 260 Prague grocery stores, groceries and convenience stores. The helper played a key role. In selected stores, they pretended to be foreigners who are not well acquainted with the Czech currency and are not very familiar with its individual coins or banknotes. When purchasing small goods, they represent a potentially easy target for unfair sales and cashier behaviour.

Therefore, the helpers deliberately put sellers and cashiers in a situation where they could return less money than they had. The study’s authors then monitored the number of cases where sellers and cashiers succumbed to unfair enrichment. This happened in 21 percent of stores, i.e. in more than 50 stores. The protagonists left ‘extra’ by an unfair seller 54 percent of the average purchase value.

Most Cases Found in the City Center

“Thus, the authors did not confirm the hypothesis known in the literature as the ‘morning morality effect’ that people generally act more honestly in the morning than in the afternoon and evening. The hypothesis is that his mental strength weakens to resist the temptation of unfair and amoral behaviour,” said Czech Fund analyst Lukáš Kovanda. Overall, the authors state in the study that deceiving customers is relatively widespread in the shops and that it occurs more intensively in the central part of the city, where they are up to three times more likely to be scammed than in the rest of the Czech capital.