Prague Began Punishing Uber Drivers for their Price Lists, Threatening them with Fines of up to One Million 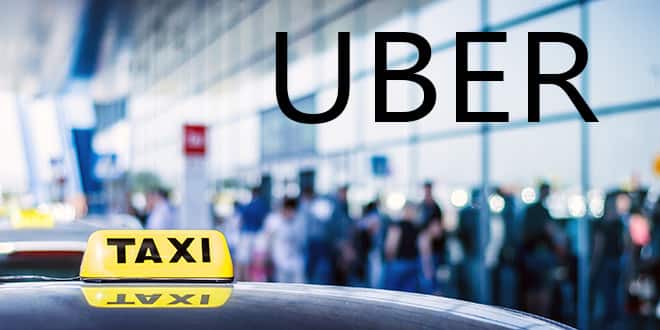 Uber has another problem in Prague, and it seems like the biggest one they have met so far. Magistrates’ officials evaluated after the end of February’s raid that all the drivers had violated the price law. They face fines of hundreds of thousands for such violations.

“All eleven chastised drivers violated the price law, and now they face a legal procedure,” says the head of the taxi service department of the magistrate of Prague, Jiří Bureš. For the first time, the magistrate is going to punish Uber for violating the regulations as well.

Usually, they also use this method to catch classic taxi drivers. According to Bureš, in the last year, the magistrate launched 71 legal procedures concerning violating price laws, and 55 of them were brought to an end.

In the case of Uber, it is not about drivers cheating their customers with tricks like the infamous taxi “turbo”. Their problem lies in the service’s setup and its pricing. However, this makes the situation more difficult for them.

Bureš says that the drivers began to violate the price law by not showing the price on their cars and not using taxi meters. This can hardly change in the case of a service that emphasizes drivers driving their own cars. The magistrate also points out Uber’s illegal pricing.

According to Prague’s rules, the taxi drivers (officials include Uber’s amateur drivers) can charge only a boarding price, the price per kilometre and for each minute of waiting. In contrast to this, Uber charges a fee per minute as well (5 CZK for UberPop and 6 CZK for UberBlack). In the magistrate’s view, that is a law violation.

Drivers of the UberBlack limo service increased the cost intentionally, according to the magistrate: their basic price per kilometre is 27 CZK, which is just one crownless than the highest price, set to 28 CZK. With the aforementioned fee per minute, the resulting price per kilometre goes even higher. Another way of Uber overdrawing the defined price maximum are so-called dynamic prices, which use multiplying basic fees at the peak.

In contrast to the infamous cheating taxi drivers, Uber’s pricing is transparent (although illegal according to the magistrate). The customers see the prices, they can calculate an overall estimate, and they always have to agree explicitly with prices increasing at the peak.

Besides, individual drivers do not influence the accounting treatment. Their charges are counted via a mobile application, while all they do is start and end the ride by clicking on the screen. The prices are cashless.

Officials Can Penalize Every Uber Driver

The magistrate does not punish individual wrongdoings of drivers who then face a legal procedure, but the system setup of Uber instead. Not only has Uber not hidden this, but check-ups have not discovered anything new either. However, it was the first case when officials discovered law violations using undercover officers.

Now they can theoretically summon one Uber driver after another using an application, and if the company does not change their pricing, it would be certain that they violate the price law.

Agents of Prague’s Uber naturally know about their drivers violating taxi regulations. They, however, react by claiming not to be a taxi service and therefore not having to follow these rules. “Price limits are for taxi drivers. Uber is a technological company and does not offer services in Prague. Uber cannot be ordered by phone, the car cannot be stopped by waving on the street, cash cannot be used to pay – you can do that in a classic taxi,” stated Barbora Poláková, CMO of Prague’s Uber, discussing contemporary penalizations of the drivers.

She also adds that Uber plans to remain in Prague (despite now fully manifesting legislative incompatibility). “Uber has always supported its partner drivers, and even now, it provides all necessary assistance to those who face individual legal procedures. We want to assure everybody that Uber will keep defending the right of locals on access to our technology as a flexible economic opportunity,” says Poláchová.

Violating the price law is not the only problem of Uber drivers checked on Monday. On Tuesday, the magistrate stated that it would start a legal procedure because of violating the road transport law, and it will forward transgressions of illegitimate business to district officials (more can be read here).

The present wrongdoing – violating the price law – is penalized harder. The law allows charging fines up to one million CZK. However, Bureš himself points out that the Supreme Administrative Court has earlier decided these fines should not be liquidating. This judicial decision is also followed by the courts, which usually deal with penalized drivers’ appeals.

In practice, the fines thus usually reach about one hundred crowns. “Although we once had to charge a fine of half a million to an infamous taxi service that violated regulations significantly and repetitively, while the court agreed,” Bureš concludes.