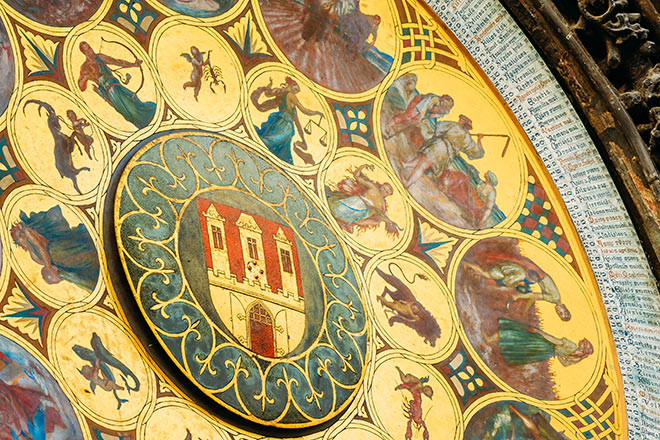 At noon last Friday, the clock of Old Town Hall struck again. The face of the clock has a brand new look. Or an old look, considering your perspective, since the old baroque one from 1787 was restored.

A part of the ongoing reconstruction of the main tower of the Old Town Hall, there was also a restoration of the tower clock. The clock faces were made after WWII as a substitute for the original ones, which burned on the last day of the war. They were functional up until the 26th of June last year.

Looking at the decision of the city to bring the look of the tower as close as possible to the baroque original, it’s understandable that the city had new faces made according to photographs of the original ones from 1787. The hands and dials of the clock faces were decorated with 24-carat gold, and the background of the faces has a matte black colour.

“The faces that we’d removed were made from iron and were extremely heavy, one weighing 250 kilograms. They were also black and white. The new ones are decorated with gold, just as the original baroque ones were,” stated the main supervisor of the clock, Petr Skála, while also adding that the baroque look was present up until the end of the 19th century.

The modern faces have a slim figure, with a very long minute hand and a shorter hour hand. “The minute hand is slimmer and longer, while the hour hand is wider and shorter, which allows you to recognise them even at great distances easily,” explained Skála.