Where Do Most Pickpockets Operate in Prague? 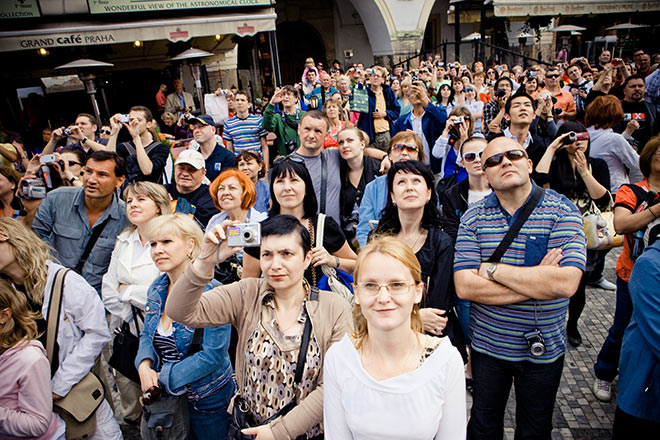 The biggest annual harvests for pickpocketers are Christmas, Easter and other holidays, including summer holidays. In these times, most tourists visit Prague’s streets. Thieves can find ‘gold-bearing’ places all over. Let us share were to pay the most attention to them!

Prague is a paradise for pocket-pickers. The users of one of the world’s largest travel sites, TripAdvisor.com, ranked it third in pickpocketing, after Barcelona and Rome, years ago.

The chances of thieves being caught are minimal. Barely four percent of such cases are solved in the Czech Republic every year. “In one shot, the thieves can take hold of tens of thousands of crowns,” says a Prague criminalist.

Karlova, Melantrichova, Nerudova, Wenceslas Square and Old Town Square, especially at the Astronomical Clock, the alleys between them and the Charles Bridge.

The Můstek Transfer Station, the Museum, Florenc, and the Veleslavín, where most foreigners head from the airport.

Traditionally, line 22, but of course, especially those that cross the centre of Prague.

All markets and especially the Christmas markets. These are the most crowded, and people tend to focus more on the stands than on their personal belongings.