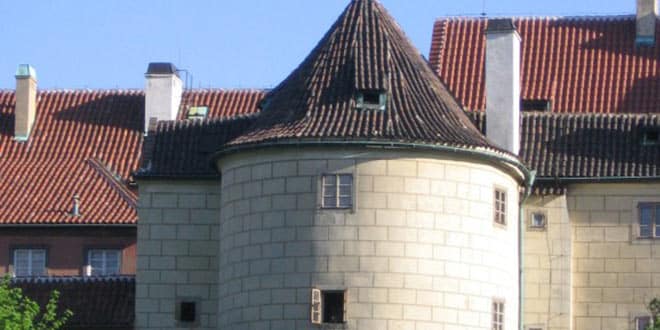 The artillery tower became a dark dungeon during the reign of Rudolph II. It is situated at the west end of Golden Lane at Prague Castle.

Dungeon in the White Tower

The White Tower was built at the end of the 15th century and fundamentally rebuilt in the Renaissance period. It became a prison in 1585 instead of the original Romanesque White Tower. There used to be a torture chamber on the ground floor, a dungeon accessible through a hole in the floor was underneath, and even another prison room was underneath that. There are some drawings and writings on the walls of the upper rooms of the tower, mostly from the 16th century.

Famous prisoners in the White Tower

The prison in the White Tower was intended for the noblemen, so there were some important personalities among the prisoners: the English alchemist and charlatan Edward Kelley, and the emperor’s chief chamberlain Filip Lang and his successor Kaspar Rudzky, who became famous for pocketing the emperor’s money.
The cruel murderer, Katerina Bechynova of Lazany, who killed 14 people, was also imprisoned there in 1534. She died in the tower before the death penalty was executed.

In 1618 the Thirty Years’ War started with the rebellion of Czech Protestant nobles against Emperor Matthias. However, the Protestants were defeated at the Battle of White Mountain in Prague in 1620. Twenty-seven leaders of the rebellion were jailed in the White Tower to await punishment. After several months, they were all executed at the Prague Old Town Square.

The White Tower was used as a prison until the 18th century, when it became a storage place. In 1942, some employees of the Prague Castle were moved there because the Nazi protectorate officers occupied their homes. The last of them left the White Tower in 1954, and it was then restored. 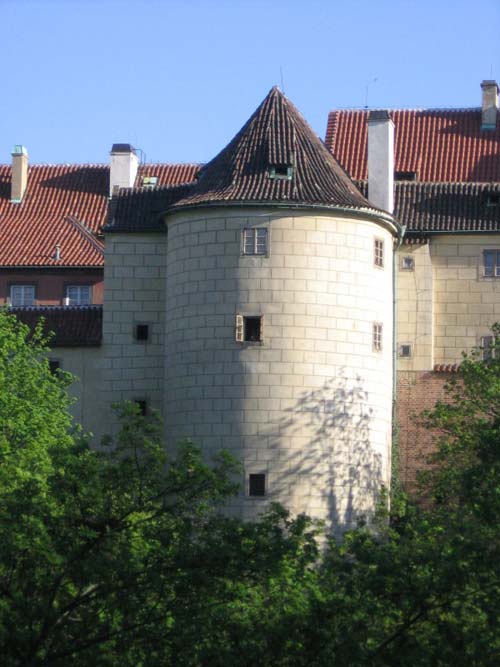