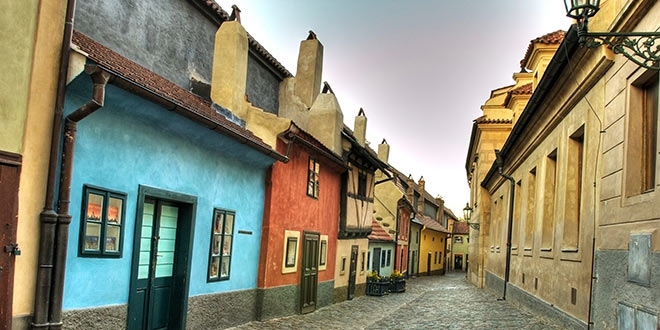 Golden Lane (Zlatá ulička) is located on the eastern side of the castle, only a short walk from St. George’s Basilica. This short lane, named after goldsmiths who used to live here in the 17th century, is one of the most picturesque streets of Prague. Golden Lane is very popular amongst tourists for its tiny colourful houses built right into the arches of the castle walls. Originally, the lane had been occupied by shooters of Rudolf II towards the end of the 16th century. Later, it was used as a home for the poor. However, Golden Lane used to be the residence of several famous writers, for instance, the writer Franz Kafka, who lived in house no. 22 from 1916 to 1917, or Nobel Laureate poet Jaroslav Seifert. Today, most of the houses are converted to shops selling souvenirs, but watch your head as you enter, as the lintels are extremely low. The street’s name gave rise to the legend that the lane had been occupied by alchemists who attempted to make gold for Rudolf II. In reality, the alchemists had their workshops in Vikářská Street, between St. Vitus Cathedral and Powder Tower in the castle complex.

Admission: 50 CZK (or can be part of your castle ticket Prague Castle Short Tour – 250 CZK), admission free with Prague Card 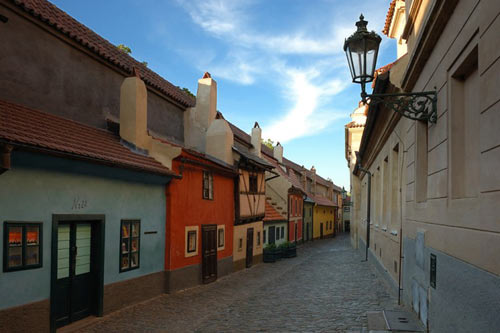