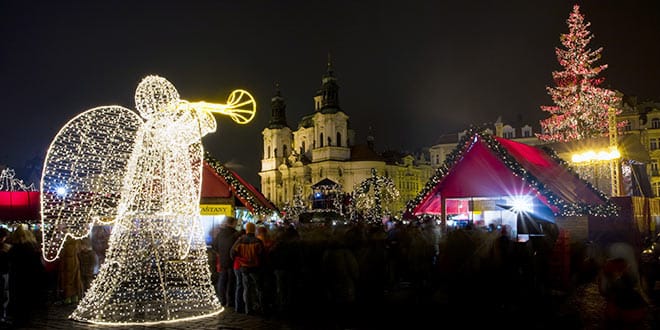 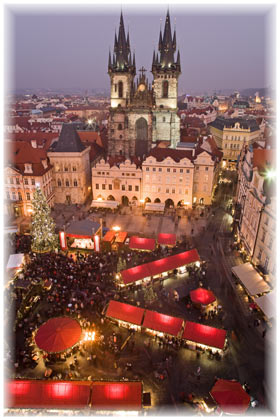 The Christian feast of Christmas replaced the pre-Christian feast of the winter solstice. The celebration of Christmas was always associated with many non-religious customs of a magical nature: anyone who fasted on Christmas Eve saw a golden piglet. The table on Christmas Eve was festively arranged and covered with the symbols of abundance and shelter (bread, apples, nuts, honey, etc.). The mistletoe is associated with Christmas. This plant was imbued with sacred magical powers. Even today, the tradition prevails that if a boy and girl sit under mistletoe, they can kiss each other with impunity.

Christian carols were linked to the New Year or to Christmas, but most were sung on St. Stephen’s Day (December 26). Carolling was originally the custom of university students, and then of pupils from town schools (they went around the houses with the rector). It subsequently became customary for students from other more advanced schools and eventually for rural youths. A carol was an expression of the desire for goodwill and prosperity in the coming year. The building of a Christmas crib is of relatively recent origin. The template for these nativity scenes comprised gothic boxes with wax figures or Sicilian biblical scenes. Nativity scenes spread throughout the Czech countryside at the start of the 19th century and quickly became established.

one of the prettiest and most poetic symbols of Christmas – is a very late addition. We don’t come across the first reports of this practice until the beginning of the 19th century. However, the use of trees or branches has a relatively long tradition in our country. In Moravian Wallachia, they hung a coniferous tree above the table. Elsewhere they decorated the room or table with small conifer branches.

dinner is always served after sunset and consists of carp and potato salad, sometimes preceded by fish soup. Carp can be prepared in a hundred different ways; each family has their own way. Christmas carp is specially raised in manmade ponds and then sold from large tubs placed on the streets and town squares a few days before Christmas. You will not see this sight at any other time of the year. Some families keep their carp in the bathtub for several days as a temporary pet for their children. Dinner is usually completed with dessert, such as apple strudel or with traditional Christmas bread called vánočka, very similar to the Jewish challa. 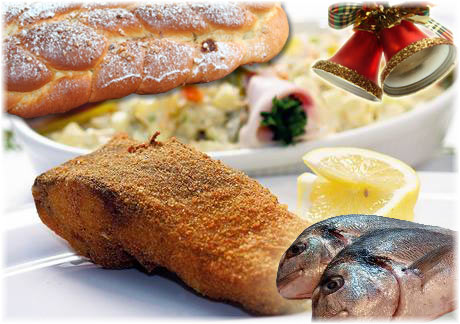 many people, even those who are not religiously oriented, attend the midnight mass at a local church. Mass can be quite long but is always a very nice contribution to the Christmas atmosphere.

Christmas ends with the Baptism of Christ on the Sunday following the feast of the Epiphany (January 6), with its commemoration of the arrival in Bethlehem of wise men from the East (the Three Kings). The feast of the Three Kings has been accompanied by many popular customs since time immemorial. In Central Europe, homes are commonly blessed while the letters C+M+B are written on the door with consecrated chalk (in the Czech lands this is usually K+M+B). This does not refer to what seems to be the initials of the names of the Three Kings – Caspar, Melchior and Balthazar (Kašpar, Melichar and Baltazar in Czech) – but to an abbreviation of the Latin expression “Christus mansionem benedicat” – “Christ Bless this House”. 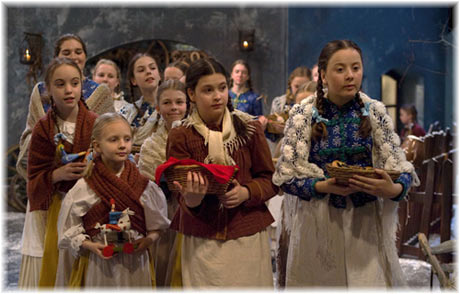 November up until the New Year is a great time to experience the famous Christmas Markets and decorations! Snow is rare in Prague, but if you are lucky enough on some days in the winter, Prague magically transforms into a white wonderland as the elegant snow begins to fall. All of a sudden, the city of 100 Golden Spires is naturally decorated and enhanced with soft white snow to become a city with gorgeous snow-capped rooftops and glistening white scenery.