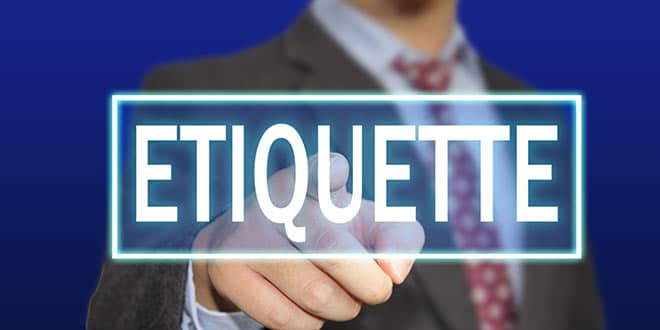 If you do not want to commit a faux pas right after you get off the plane, read these tips on traditions, etiquette, and how to mingle with local people. Czechs do not have very loud personalities, so be prepared to quieten down, get used to removing your shoes, and say goodbye to everyone when you leave a restaurant. When in doubt, observe what the locals are doing, act accordingly, or use your sense of humour about the situation.

• Watch your volume: people tend to speak quietly in public areas and be annoyed by foreigners who talk loudly in trams or restaurants.
• Though some foreigners describe a lack of warmth or downright rudeness among locals, it is the custom here to maintain a certain amount of distance from people you don’t know very well. Once you’ve spent some time with a person, they are likely to be much more open and friendly. Just be nice, and you will be rewarded.

It is usual in restaurants, pubs, cafés and taxis to round the bill to the next 10 CZK or 20 CZK, depending on your satisfaction and the total amount. For example, if your bill is 82 CZK, you might say 90 CZK or 100 CZK. In some restaurants, you might see a note on the bill reading ‘service is not included. If you wish to use %, generally, a 10% gratuity is given, though it is not necessarily expected and by Czech standards, this rate is considered generous.

• Let people out of the tram or metro before you enter.
• You will be expected to give up your seat on the tram or metro to elderly or pregnant women and children. For gentlemanly reasons, older men will not take a woman’s seat unless they are very frail. But be careful about whom you stand up: you risk insulting a woman if you offer her your seat before she feels she needs it.
• On escalators, always stand on the right side to let people pass on the left.

• In Prague, it is considered good manners for the man to enter a restaurant or bar before the woman does. This ostensibly keeps her from being eyeballed by the men inside and allows the man to deal with clearing a path and finding a table.
• Service tends to be at the table, even in pubs.
• When waiting for a beer, put a coaster down in front of you so the server can place your mug there. In some pubs, setting down the coaster will automatically get you a beer.
• Toasting is very common. The local ritual is to look into the other person’s eyes, clink glasses, and say Na zdraví (To your health!). Never cross arms with someone else to reach a person on the other side of the table.
• Say bon appetit before starting your meal.
• When leaving a tip, you can give the server the bill’s exact amount and say either “to je dobrý or v pořádku” (that’s fine). You may also leave a tip on the table. 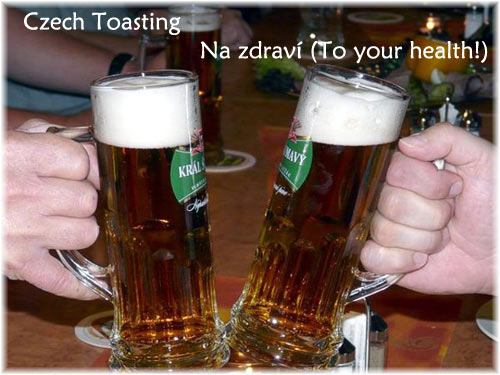 • Dressing up for the theatre is customary but is no longer a strict rule. You should, however, refrain from wearing trainers. On the other hand, when attending a classical concert or opera, you must be in formal dress.
• Whistling is not considered a positive form of applause: it’s equivalent to booing.

• You may be asked to pay to use a public toilet (usually 5 to 10 CZK), even in some restaurants.
• You are likely to see nudity on beaches or swimming pools and some topless sunbathing in parks. Nude children are considered perfectly acceptable in pool or beach areas.
• If you’re invited into a Czech home, make some flowers for your hosts and take your shoes off inside the door.