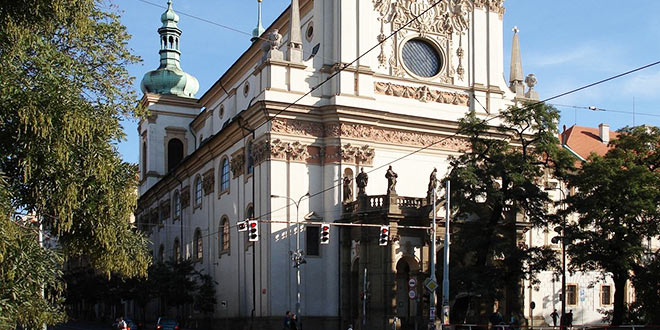 The Saint Ignatius church is one of the earliest Baroque buildings in Prague. This church complex is the third largest Jesuit complex in Europe. With its wealth of gilding and flamboyant stucco decoration, St Ignatius, built between 1685 and 1687, is typical of the Baroque churches created by Jesuits. The impressive interior is embellished with stucco-work and statues of Jesuit and Czech saints.

The church was built in the second half of the 17th Century on several demolished medieval houses. After its completion, it was dedicated to the patron and founder of the Jesuit order of St Francis Ignatius of Loyola. Following the life of its founder, the Jesuits were known for leading very ascetic lives, full of strict discipline and unconditional obedience.

At the top of the church’s facade, you can see the statue of St Ignatius, and one ought to note one of the local attractions: you can see the halo that surrounds the entire body of the saint. The halo at the time was regarded as outrageous. According to church rules, one could only have a halo around the entire body of Christ, but the Jesuits were an order with such a strong position that such an unorthodox design could be carried out.

Jan Jiří Heintsch did the decorative painting of the church, and the sculptural decoration was done by Matěj Václav Jäckel, whose work we know mainly from the Charles Bridge.

Another kind of mystical attraction of the church is the inscription on the tympanum, which connects to their own text and chronogram: MAIORI DEI GLORIAE et SANCTI IGNAZII HONORI PIAETAS EREXIT. This translates as: “Built to the greatness of God’s glory and the honourable, pious St Ignatius.” The marked large letters indicate the Roman numerals for the year 1671 when the statue of St Ignatius was placed on the church’s roof. 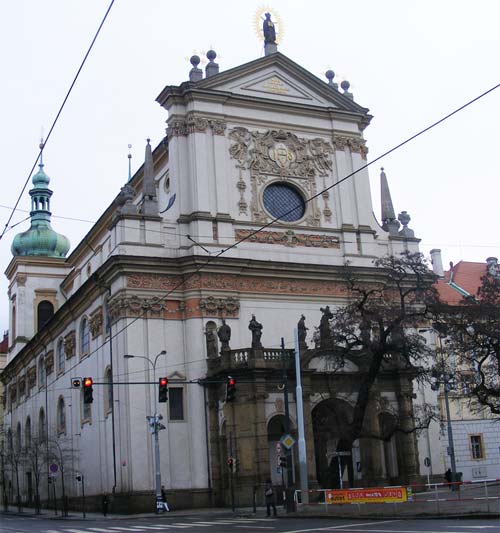 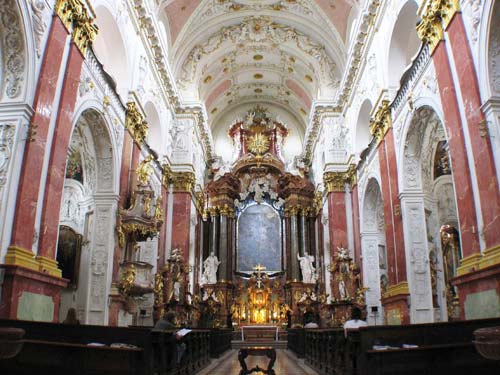