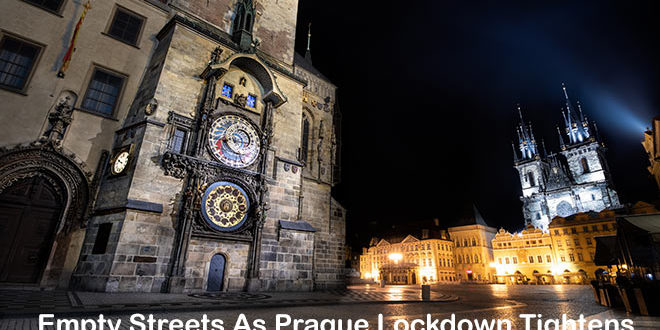 Because of a new type of Covid-19 disease, people in the Czech Republic are losing their jobs. Koronavirus has so far mainly touched tourism. Tourists stopped traveling to the Czech Republic due to fear of illness and government measures. The decline in tourism also has an impact on guides who mostly work as self-employed, and transport companies, including taxi and larger coach carriers. They can get into existential problems.

Yes, if the group arrives in the Czech Republic despite these measures, it does not guarantee the guides will work. The program that the travel agency prepares for tourists cannot usually be implemented.

Closed are museums, galleries, but also the interior of Prague Castle or Terezin concentration camp, where tourists often go on day trips from Prague.

However, the guides worry that the consequences of coronavirus will be even worse. “We could be closed by travel agencies that mediate our work. The whole of tourism is intertwined; it is a disaster. Prague is empty – I haven’t seen it this way since I started working,” Zuzana said.

“I hope that the restrictions do not extend into the tourist season, then I would lose a lot of work and earnings,” says the Owl Guide.

More than 8 million tourists visited Prague last year. How many of them have decreased compared to last year is not yet clear. “We only issue figures quarterly, so we don’t have accurate statistics yet. However, we know that the number of visitors to Prague has decreased significantly compared to last year,” said Prague City Tourism’s spokesperson, Barbora Hrubá.

Also, it is not only tour guide and transport companies which have problems. Koronavirus is also troubling other people working in the tourism industry, such as hotels, travel agencies, clubs and restaurants.

Many hotels have 10 to 20% occupancy rates, while comparing to last year it was around 50%. Many establishments have started to lay off workers. Transport companies have started selling buses and cars.

In addition to tourism, the situation has also affected other work sectors. For example, almost all theatrical performances or cultural events were canceled because of government measures.

Coronavirus: Government of Czech Republic announced a state of emergency

Large measures are being put in place to stop the spread of the virus, involving …