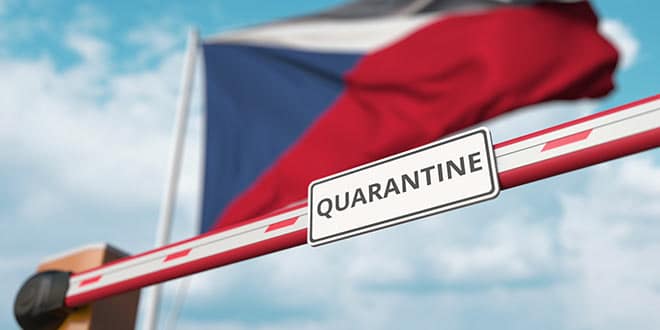 “We have taken further measures to protect the health of citizens,” said Prime Minister Andrej Babiš after the government meeting. He again rejected the possibility that Prague would be quarantined. If the government decided on a similar measure, the quarantine, according to the prime minister, would concern the entire Czech Republic. Still, it is not likely to be an issue now.

Every citizen of the Czech Republic who returns from one of the risky countries must be obliged to quarantine; otherwise, he/she may be fined up to three million Czech crowns. Hygienists and police officers will assist with the supervision and control of people in quarantine.

“The harder the measures and the better the citizens will comply with them, the shorter they will be,” said Deputy Health Minister Roman Prymula. The government also released 500 million crowns from the budget reserve to purchase medical equipment due to the response to the spread of coronavirus infection.

Stores remain open in the Czech Republic. On Thursday, many people have taken supermarkets by “attacking” many times after the state of emergency. The Prime Minister personally visited the warehouses of large chains to see that they have enough food.

According to the Minister of Agriculture Miroslav Toman, there is no risk of food shortages in the Czech Republic, so people do not have to keep huge stocks. Domestic processors have prepared contingency plans to ensure a smooth supply. More than 2.7 million kg of wheat flour, 270 thousand kg of beef, about 6.5 million eggs and more than 8 thousand tons of milk are produced daily in the Czech Republic.

“I want to reassure all our citizens that there is no risk of food shortages in stores, even in an emergency like the coronavirus epidemic is now. For example, larger bakeries have consistently separated the operations so that they are independent of each other and can produce even in the event that a problem occurs in one of the operations,” said Minister of Agriculture Toman.

From Friday morning at 6 am, the ban on public access to indoor sports facilities, gyms, swimming pools, wellness facilities and saunas, music and social clubs, libraries and galleries took effect. At the same time, people must stop operating catering services in shopping centres over 5,000 square meters.

Events with more than 30 people are also prohibited from 6 am until further notice. The measure applies to cultural, sporting and religious events, festivals, pilgrimages, shows or markets. Exceptions are funerals, courts and constitutional bodies. For example, MEPs on Wednesday dismissed the House. The Senate will meet next week.

Restaurants, pubs and bars must be closed at 8 pm and may not be opened until 6 am on the following day. Also, new elementary art schools have been closed, as have others – except for kindergartens.

From midnight, bus, train and boat transport of people will be banned when travelling from the Czech Republic to all neighbouring countries. Foreign flights with passengers will only be possible using the Prague Airport.

Border checks will be resumed at midnight on the German and Austrian borders. Germany and Austria ranked the government among 15 risky states from where foreigners will be banned from entering the Czech Republic. The Czech government also banned Czech citizens from travelling to fifteen countries, according to the government.