DISCOVER PRAGUE!
HomeNewsMost Tourists in Prague Save on Both Food and Presents. However, Some...
News

Most Tourists in Prague Save on Both Food and Presents. However, Some Nationalities Make an Exception 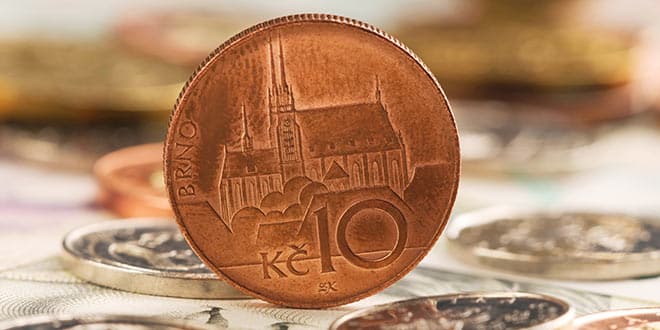 According to the 2015 statistics, Prague tourism is fed mostly from foreign tourists’ expenses in restaurants. A tourist spends approximately 2 300 CZK in pubs during the whole abidance, while on gifts, medicaments and culture they spend only 1 200 CZK. And while the Russians were the most spendthrift in the winter, they dropped to third place in the summer.

In July, tourists spent an averagely of 11 904 CZK for their abidance in Prague. This amount includes the whole transportation to Prague and accommodation, including breakfast, half board or full board.  At the beginning of the year, the sum was lower: 10 983. However, the difference is caused by higher prices of transportation and accommodation in the summer tourist season. If these wages are subtracted, the sums prove that tourists save instead. In the restaurants they spend 70 CZK less each day, on culture, presents and other needs they spend 331 CZK less.

This results from qualitative research by Prague City Tourism which was realized in two waves – at the beginning of the year and in July. Participants contained three thousand tourists from eighty countries.

While tourists spent an averagely of 522 CZK in restaurants during the winter, in the summer, this item dropped to 452 CZK. Expenses on presents, culture, medicaments, maps, clothes and other needs lowered from 573 CZK to 242 CZK per day. Expenses on transportation also lowered (from 94 CZK to 53 CZK). However, there is a logical explanation for this – thanks to the favourable weather, the tourists walk more.

Russians still hold the top lines in the chart of the most spendthrift nations in Prague. In the winter, they spent an averagely of 3 190 CZK. In the summer, it was 2 308 CZK per day. However, the whole sum of money spent in the capital does not change much during the winter or summer (it goes over 11 thousand CZK). Russians just spend more time in Prague, but this increases their overall budget for the stay only slightly, by a few hundred crowns.

The second position in daily expenses was in the winter taken by the Chinese (2 880 CZK per day) and the Japanese (2 509 CZK per day). “Overall expenses are, in the case of the Asians, lower due to shorter duration of their stay,” says Kateřina Bártová, the speaker for Prague City Tourism. In the summer, the first position in spending per day was taken by Israeli (2 640 CZK per day) and Ukrainians (2 430 CZK). In the case of the Israeli, the sum for the whole stay reached more than 13 thousand crowns. In the case of the Ukrainians, it reached over 12 thousand. Asians spent much less in the summer than during the winter.

According to the data of the Czech Statistical Office, foreign tourists spend an averagely of three nights in Czech. This number does not change much over time, or it declines slightly. Tourists, including the Czechs, most likely accommodate in pensions and lower category hotels. In the case of Czechs, the duration of their stay is just slightly higher. In 2000 they spent most nights in accommodations – almost five nights.