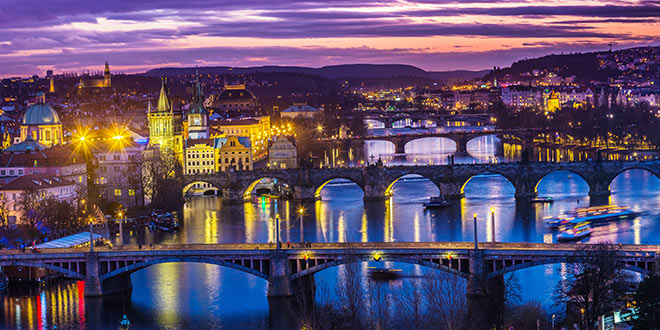 Prague is a city of contrasts, it is one of the most beautiful places in the world, but at the same time, it is also one of the strangest. The structures that attract so many people to this city are built with pride and a cursory glance back to the past, meaning that the city mixes a feeling of melancholy with a huge amount of beauty. For most, though this isn’t something that they would expect, as all that they think is that Prague is going to be beautiful, and don’t worry, as it is! With castles, beautiful and imposing churches, quaint streets, and many art galleries, museums and restaurants, Prague manages to roll everything that you could ever possibly want.

The mindsets and daily lives of the people of Prague will also exhibit some contrasts. Perhaps the biggest of these is the bohemian nature of the city’s occupants, combined with the fast-moving and quickly developing economic fortunes of the people – something that creates a vibrant yet economically stable environment. It is indeed an exciting time for the development of Czech society as a whole, and Prague can be seen as a microcosm for the entire country. 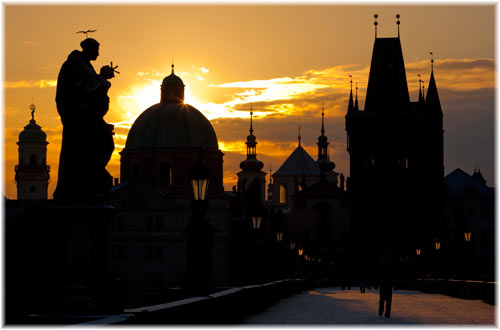 Most people visiting the capital of the Czech Republic will arrive only with a few pieces of knowledge about the city. Perhaps they will have heard of a famous person from the city or some of the different landmarks.  If you arrive in Prague with an open state of mind, you will find that there is so much more to the city than you could ever know. The architecture will dazzle you, the people will charm you, and the food and drink will really make you want to come back for more!

Aside from the many different positive aspects of the city, some areas are not as inspiring, just as there are in every other city. The centre of Prague is replete with a number of fine buildings, but once you head out into the suburbs, you will find that the buildings become grey and drab, with no architectural importance to them. The people of Prague can also be notoriously hard to get to know, as they are always extremely busy with work or their personal lives. This isn’t to say that they are unfriendly – this certainly isn’t the case – they are simply trying to get on with their lives, just as tourists do when they are at home. The biggest thing that you will notice though in Prague that might take some of the gloss away from the trip is the fact that there are huge amounts of tourists, which means that you will never get the chance to admire areas of the city without a number of other people huddled around you. 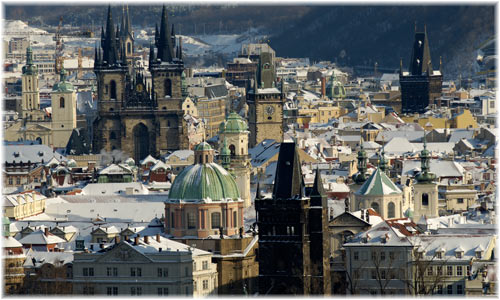 Leaving Prague for the rest of the country can be a bit of a shock to the system for many, as the rest of the country has a much simpler life. Most people never even bother to leave Prague though when visiting, which is an absolutely massive mistake, as the rest of the country offers a huge amount. The countryside in the Czech Republic is some of the finest in Eastern Europe and is home to many old and characteristic villages and towns, as well as some of the friendliest people that you are ever likely to meet in your life. Whether you gaze out over a river snaking its way through a resplendent countryside scene or at a castle sitting atop a grassy hill, you will have plenty of opportunities for photography in this area of the world!

When away from Prague, you will find that the Czech people are very different depending on where you go, much like regional differences between people in every other country. This means that there are different customs in different areas, and it can often be confusing to understand them when only spending a short time there. This lack of knowledge can often lead to local people seeming like they are not allowing you to assimilate into the culture, but this couldn’t be further from the truth…

If you stay in the areas outside of Prague for longer than a day, you will soon learn to recognize some of the little idiosyncrasies that the people have. Once this has happened, you will feel a lot more comfortable, and you will notice a massive change in how people treat you. Many areas have a very relaxed way of life and are modest in their outlook of themselves. Most Czechs outside of Prague are also very straightforward and practical in their way of thinking. What you will certainly notice, though, is the fact that, wherever you go, the Czech population is very well educated, and they will be able to hold in-depth conversations about a myriad of different subjects. Many of the younger generations also speak English very well, although you should try to learn some Czech.

One of the more frustrating aspects of the Czech mentality when leaving Prague is that they are extremely modest – something that can be an endearing trait, yet also cause them to belittle themselves and feel that they are not able to get jobs done. They can also often seem to be quite brash at times – especially with those from younger generations – but this should not be mistaken for rudeness. It is simply the way that their culture works.