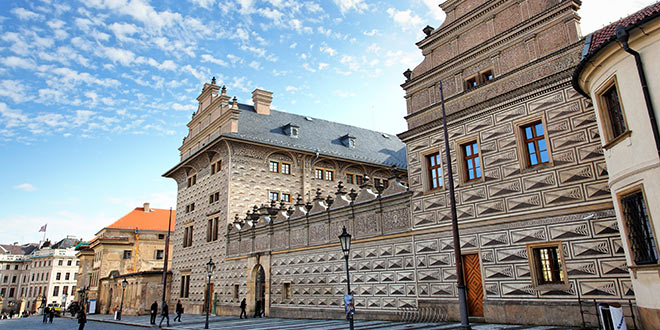 From a distance, the facade of this well-preserved palace appears to be clad in projecting pyramid-shaped stonework, but it is an illusion created by rich black-and-white sgraffito patterns incised on a flat wall. It is an example of the so-called Czech Renaissance – mixing Italian influences with Czech traditions. Palace was built on ruins of three buildings which were destroyed by a great fire in 1541. Italian architect Agostino Galli designed the present look in 1545-76 for Jan Popel of Lobkowicz, one of the richest noblemen in Bohemia. The ceilings inside Schwarzenberg palace are decorated with paintings on canvas stretched over a wooden construction. The four paintings made around 1580 depict famous antic scenes – The Judgement of Paris, The Kidnap of Helen, The Conquer of Troy and The Escape of Aeneid. From 1909, the Technical Museum used the palace, and now it belongs to the National Gallery in Prague. 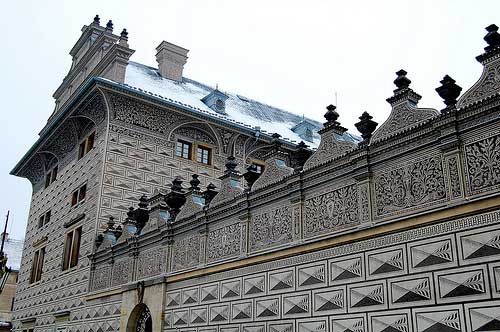