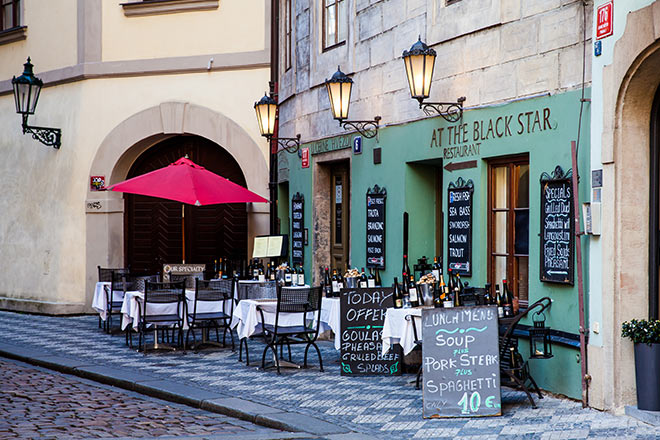 Bloomberg, the US agency, notes rising food prices in the Czech Republic. It illustrates the change in the example of the increase in the popular Czech food, “pork-dumpling-cabbage”, and a beer.

“Sunday lunch has never been more expensive for dumplings loving Czech,” says Bloomberg’s article on Wednesday. It is also based on Tuesday’s figures of the Czech Statistical Office on inflation. According to them, beer was more than seven percent more expensive this May than at the same time last year.

According to economists, mainly the worse last year’s crops and other factors are behind the price increase.

“There are more reasons for the noticeable increase in beer prices. Last year’s weak crops harvests, unprecedented warm and dry weather, as well as the rise in energy and wage prices, of course including those in domestic brewing, ”said Lukáš Kovanda, chief economist at Czech Fund.

Bloomberg calculated that one homemade portion of pork and dumplings get more expensive due to increased raw materials this May by about a third to 25 crowns. It also notes that the recipes are slightly different in different regions and households.

According to the CZSO, the price of a kilogram of white cabbage this year is roughly double that of the same period last year. And the same is true for onions, which are also fried to be served onto food. Agricultural unions have mentioned a bad harvest as the main reason as well.

According to statisticians, pork prices have risen by about ten percent, but growth as of this year cannot be excluded to reach up to 20 percent. Bloomberg’s reason is the African swine fever epidemic in China and other Asian countries.

“In China alone, up to 200 million pigs, or a third of Chinese farming, are to be slaughtered this year, according to an analysis by Dutch bank Rabobank, which specializes in agricultural financing,” said Kovanda. Thus, it is likely that the cost of “pig-dumplings-cabbage” in the Czech Republic will continue to rise.

In addition to traditional bread and potato dumplings. Potatoes are among the fastest price increasing foodstuffs, with the price almost doubling in a year and reaching 30 crowns per kilo. Such expensive potatoes are an exception in modern history. Similarly, their prices only jumped in 2013. Thanks to the start of new potato harvesting, prices could start to decline gradually.

Regarding the prices of lunch in restaurants, their price increase is confirmed, for example, by an analysis of the Ticket Restaurant provider. According to them, the average spending has jumped to over 120 crowns. It is common in the centre of Prague and in other more expensive locations to pay up to 200 crowns for lunch.