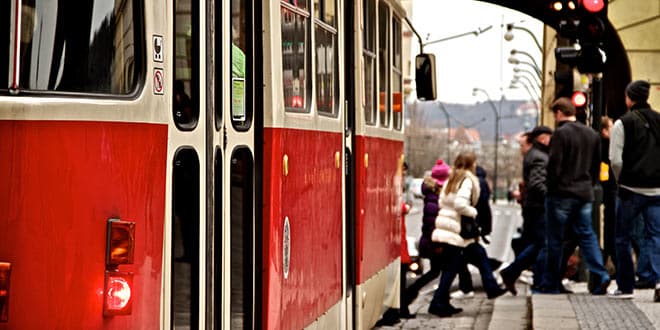 On the 28th August 2016, nine of Prague’s tram lines changed their routes; there are two new lines and 12 will stay unchanged. The costs of running the trams will be increased by 130 million CZK per year. Changes in bus routes will be effective from 15 October 2016.

The connection between the Nádraží Vršovice and Palmovka wich will be reopened, served by tram line no. 6. The new connection between Holešovice and Vysočany is established by tram line 14. Also, the Barrandov housing estate will have new tram lines, number 4 and number 5. Line 4 will no longer go from the Andel to Kotlářka, and tram line 5 changes to the Divoka Sarka where it replaces the tram number 20, which originally went to Podbaba.

The newly-created line number 2 will go from Petřiny over the Lesser Town, past the National Theater along the waterfront at Výtoň to the Branické Nádraží, where it will end. The change will also have line number 15 going from Kotlářka over Anděl, Újezd, Masarykovo and the Main Train Station to the stop at Olšanské cemeteries.

The last new route is tram number 21, which starts from Modřany and goes over Palacky Square and Anděl to Kotlářka. All lines will operate on weekdays in the morning at eight-minute intervals.

In October 2016 Prague transport will also be affected by changes in bus routes. There will be new bus lines added and some buses will have new routes. The changes will affect mainly the southeast and northeast of Prague.

Share
Facebook
Twitter
Pinterest
Email
Print
Previous articlePrague Will Buy Arts for Streets, Sculptures Will Be a Part of Public Constructions
Next articlePayments for Parking for New Parking Zones in Prague 5 and Prague 6 by SMS
RELATED ARTICLES
News