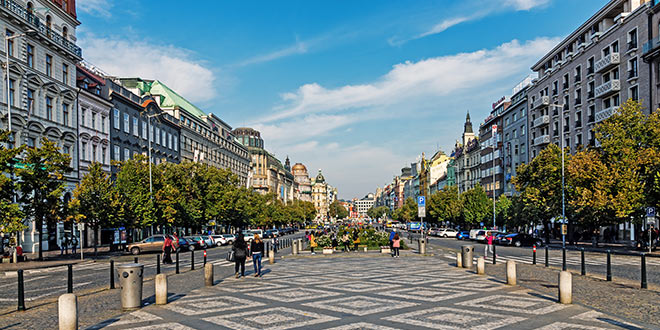 The south end of Na příkopě meets Wenceslas Square (Václvské náměstí) – the 750-metre long and 60-metre wide boulevard. It was first laid out over 600 years ago in the Charles IV period when it was used as a horse market. Since then, the square has been a regular parade ground for every kind of person, organisation or political party known in the Czech Republic. The street can, and has before, comfortably held 400,000 people. In the upper part of the boulevard, the statue of St. Wenceslas on his horse can be seen. A few metres from the statue, a plaque stands in memory of those killed during the communist period, including Jan Palach, a 20-year-old student, who set fire to himself in January 1969, in protest against the Soviet invasion, four months earlier. Jan Palach died three days later with 85% burns. 800,000 people followed the funeral. Following the collapse of the communist rule in December 1989, Václav Havel and Alexander Dubček appeared on the balcony of no. 36 to greet their ecstatic supporters. Palach and other regime victims are commemorated in a small shrine in front of Josef Myslbek’s equestrian statue of St Wenceslas. 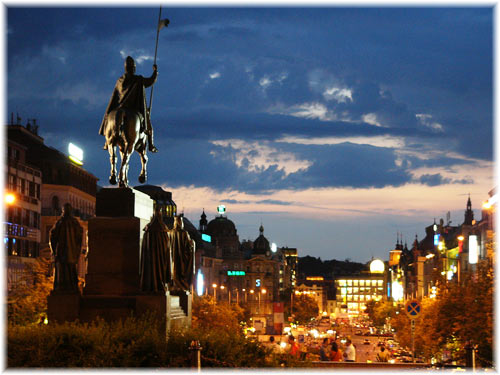 Today, Wenceslas Square is the hustle and bustle of commerce. It really comes alive after dark, when its restaurants, cinemas and nightclubs attract tourist crowds. The major historical sites are all within walking distance of the street and are worth walking step by step. At the northern end of the square, you can find the Neo-Renaissance National Museum. Another significant building is Koruna Palace – a covered shopping arcade with a stunning glass dome dating from 1911. 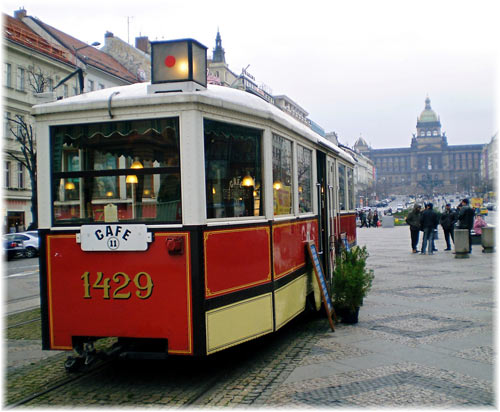 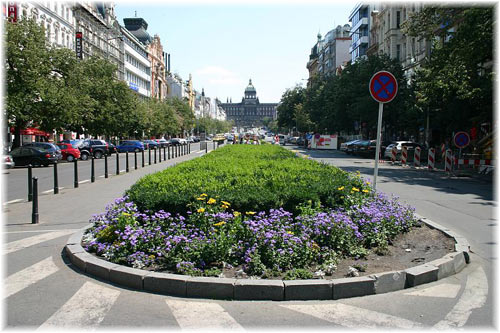