DISCOVER PRAGUE!
HomeNewsWikiLeaks - more than 1,200 confidential cables from the U.S. Embassy in...
News

WikiLeaks – more than 1,200 confidential cables from the U.S. Embassy in Prague 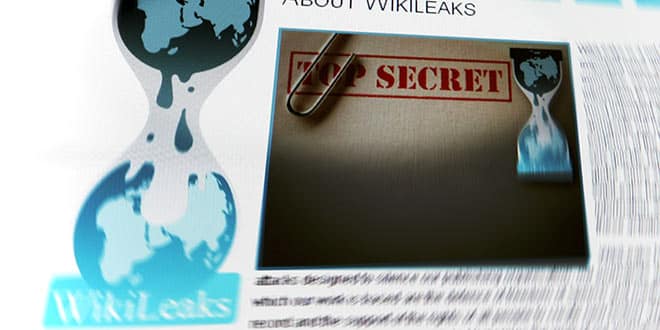 WikiLeaks cables disclosures shed light on strategies behind the missile defense project, which was scrapped by Barack Obama a year ago, however. It is expected that more than 1,200 documents regarding Prague diplomatic communications will be published in the upcoming days.

As of press time, only one of the 1,271 documents from Prague obtained by the controversial nonprofit group had been released. Most of the data of the cable from the past few years. The document refers to a meeting between U.S. Secretary of State Hillary Clinton and then Czech Foreign Affairs Minister Jan Kohout in September 2009, which occurred shortly after the Obama administration scrapped the plan for a missile-defense radar base 90 kilometers southwest of Prague. Clinton reportedly asked the Czechs to consider bilateral relations in a larger context than military cooperation.

A spokeswoman for the U.S. Embassy in Prague declined to comment. Additional documents disclosing communications from the U.S. Embassy in Warsaw reveal U.S. fears that the original missile-defense plan would jeopardize relations with Russia and expressed the desire for Russian support of UN Security Council sanctions against Iran.

Tomáš Karásek, director of research at the Prague-based Association of International Affairs, don’t think the majority of leaks are a threat to international security. But the leaked documents can give a distorted view of diplomatic relations because they are informal conversations. He also said that WikiLeaks doesn’t reveal the reality of international politics; they are just an aspect that is hidden for a good reason. Diplomacy without public access is that way for a reason.

The Foreign Affairs Ministry said it had been warned by the U.S. Embassy before the leaked documents were published. A ministry statement said it was not aware of the nature of the documents, except that they are not official or public communications.

Czech officials have said the release of the documents would not threaten national security.

“Nevertheless, I consider the leak of the cables a problem that could threaten the very essence of diplomats’ work,” Defense Minister Alexandr Vondra said.