Work and Jobs in Prague 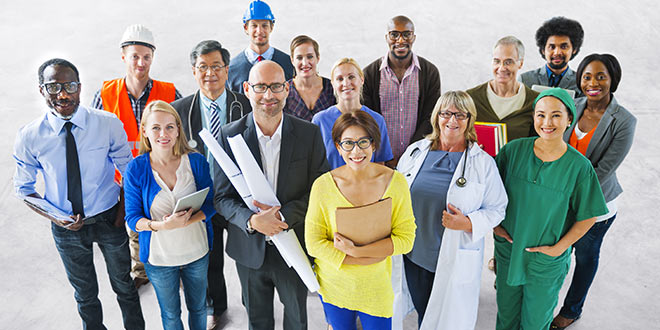 If you are an EU citizen, you don’t need a work permit to work in Prague. The most common jobs for foreigners are teaching English, German or other languages. You might also find employment with some foreign-owned businesses. Some bars and restaurants are also looking for English-speaking staff, especially at tourist locations. If you are a citizen of New Zealand, you can arrange a working holiday in the Czech Republic before leaving your country. This scheme allows you to work and travel in the Czech Republic for up to one year. The unemployment rate in Prague is low, around 4 per cent. This doesn’t mean that finding a job in Prague is very easy. In Prague, many people from the former Soviet Union work mostly illegally and are willing to do low-paid jobs under bad conditions, usually at construction sites. Prague police often clamp down on foreigners working or staying illegally.

Even before Communism, Prague was an important European manufacturing base, and the totalitarian regime promoted industries of all kinds. But in recent years, tourism has taken over from industry as the city’s big earner, helping to keep levels of unemployment at virtually zero level and income much higher than in the rest of the country.

Prague is a very diverse country that has continued to grow. Although the recent economy has affected most countries, this country has fared well. According to the Labor Office, the unemployment rate in Prague is 3.8%, while the Czech Statistical Office declares the rate is 7.3% in the country of the Czech Republic. These rates show that with ingenuity, it should be possible to find work in Prague.

There is quite a high demand for native English speakers in Prague. You can easily find teaching jobs at high schools, private language centres, and, more rarely, universities. Qualified native English-speaking language teachers are difficult to find. The demand for teachers has become even more intense now that a new Czech residency law has taken effect. Most good teaching jobs require at least a degree and either teaching experience or a TEFL certificate. Wages range from 150 to 300 CZK (about £5 to £10) per hour, and at some private schools can reach up to 400 CZK (£13) per hour. (read more)

Where to Look For Jobs Offers

There is legislation that allows certain nationalities (12 nationalities including USA, Australia, Japan, South Korea and New Zealand) to obtain a Green Card (which combines a visa with a work permit) and makes it easier for certain foreigners to work in the Czech Republic. This is no concern for EU nationals as they can live and work in any EU country without any limitations. Foreigners can only apply for a vacant position that was advertised unsuccessfully (meaning that no suitable Czech or EU national could be found for the specified position) for a period of up to 30 days. Green Card is issued either for 1, 2 or 3 years. Applicants must contact a Czech embassy or consulate and apply there.

The dress code is the main thing that people who have worked in both the USA/UK and the Czech Republic notice. It is often the case that business attire for females in the Czech Republic means that a lot of cleavage and leg is shown. If you are a female and unsure about how to dress, you should follow the lead of your closest female boss. Regardless of the clothes, you wear to work, they should always be presented properly – for example, they should be ironed and fit you well.

Attitudes towards sexual harassment in the Czech Republic are not as strong as in many other countries around the world, meaning that it is seen as acceptable in many places, as long as it is only mild. Since the Czech Republic joined the EU, many employers have started to combat the problem more.

Locating a Teaching Job in Prague