DISCOVER PRAGUE!
HomeNewsŽižkov Tower is the second ugliest structure in the world, according to...
News

Žižkov Tower is the second ugliest structure in the world, according to the tourists 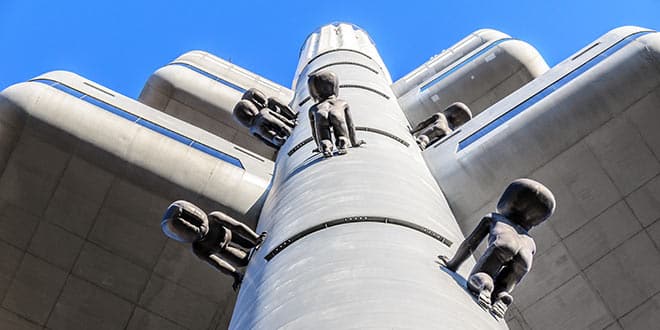 The television transmission tower at municipality of Žižkov in Prague is the second ugliest structure in the world. Such is the result of the poll conducted by VirtualTourist, a web-based company, which had completed the annual list of the ten architectural “disasters”. Supposedly uglier is the building of the Morris Mechanic Theatre in Baltimore, Maryland, USA.

The construction of the transmission tower above Žižkov commenced 24 years ago at the place of the Jewish Cemetery at that time. The tower was opened in 1992. The statues of the “babies” by an artist David Černý appeared at the Žižkov Tower nine years ago. The tower is more than 200-meter tall and it has been nicknamed the Space Rocket, Jakeš’s Finger, or Biľak’s Spire.