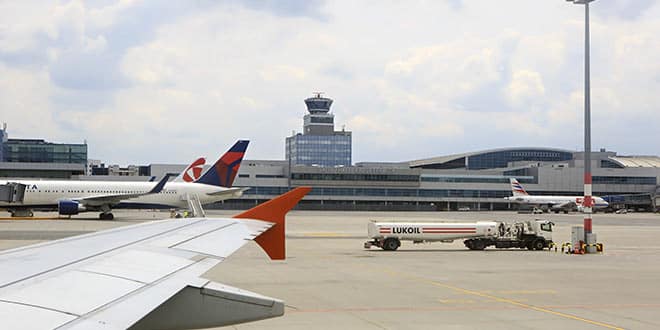 The main runway at Prague Ruzyně Airport, designated as RWY 06/24, will undergo an overhaul; the reason is the technical condition of this runway caused by using it for a long time. The overhaul, divided into three stages planned for 2012, 2013 and 2014, should not threaten usual air traffic or affect passengers.

Prague Airport currently has the first stage, which will be executed from 15 May to 8 August 2012, prepared in detail. Based on negotiations with representatives of densely populated urban areas of Prague and of the Kladno region, which are affected when a secondary runway is used, Prague Airport has ensured the traffic in such a way that the reduced main runway will be used to the maximum extent possible. One of the positive benefits of the overhaul is that after the execution of the whole overhaul, regular spring and autumn maintenance work will only take three to five days, instead of two to three weeks as it does currently.

The main runway has been in operation since 1963, i.e. for 49 years. To make a comparison, this runway is nine years older than Motorway D1. Its condition is such that typically two weeks of regular spring and autumn maintenance and repair work is not sufficient. Its length has been gradually extended. The main reasons for the overhaul are concrete slab cracks, concrete chunks breaking off in the areas of the cracks, and cracks in the asphalt surface.

In order to affect the surroundings by the change in traffic as little as possible during the overhaul, the work within the first stage has been divided into two phases. First, the main Runway RWY 06/24 will be closed completely from 15 May to 30 May 2012. During this period, not only will the overhaul itself of the section 900 metres long at the west end of the main runway be started, but also the regular spring maintenance of the remaining 2815 metres of the runway will be carried out.

All traffic from 05:00 to 24:00 will be moved to the secondary Runway RWY 13/31 for this period. With respect to the prevailing meteorological conditions, landings will take place in the direction of Prague, takeoffs in the direction of Kladno. During this phase, the airport will be closed from midnight to five a.m. in accordance with the agreement with the Prague metropolitan districts concerned, Kladno and surrounding municipalities. Only scheduled but delayed flights have an exception; they can also take place during a period from midnight to one a.m.

In this phase, the secondary Runway RWY 13/31 will be closed for landings in night hours from 23:00 to 06:00 and also for takeoffs from 24:00 to 06:00. All flights during that time will take place on the reduced main runway, which means that aircraft which need a greater runway length than 2500m will not be able to take off before 6:00 a.m.

The first stage of the overhaul of the main runway includes demolishing the existing surface in its full width of 45 metres for a length of roughly 900 metres and replacing it with a new concrete surface. Then roughly a month’s technological time is required for concrete setting. A part of the adjacent Taxiway F, the main runway shoulders, the cable ducts, the storm sewers and other adjacent structures will undergo repairs. When the concrete is set, finishing work, which consists of installing lights, filling joints between the concrete slabs, marking the runway, and grading around the new runway section, will take place.

Noise from air traffic will be measured for the whole duration of the overhaul and evaluated continuously, in accordance with the legislation in force, by an independent laboratory that performs noise and airway monitoring using a state-of-the-art ANOMS8 system at the Prague Ruzyne Airport. The method of checking will be discussed with public health protection authorities.

In 2011 Prague Airport checked in 11.8 million passengers. In the same year, it was awarded the Eagle Award from the IATA for the world’s most developing airport. In 2011/2012 winter flying season, passengers have available 47 airlines connecting Prague with 96 destinations all over the world by a direct line.