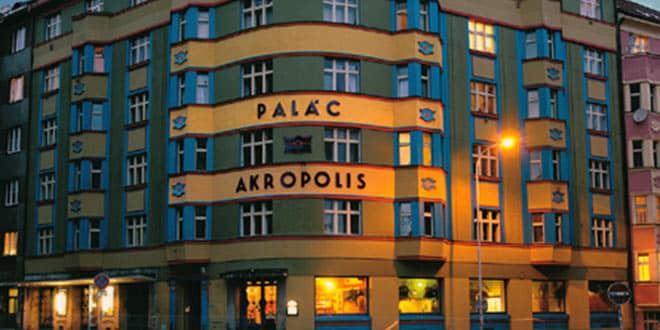 Palac Akropolis is a multifunctional building containing a music club, a theatre, an information centre (where you can access the internet free of charge), a radio headquarters and a restaurant. Not exactly centrally located but not far from the centre either. It lies between Zizkov and Vinohrady districts.

The building itself has a long history – it was built in the early times of the independent Czech Republic in the first quarter of the 20th century, and it served primarily as a cinema. A decade later, it was transformed into a theatre. It changed hands often, but it always served cultural purposes, which has survived to the present times. 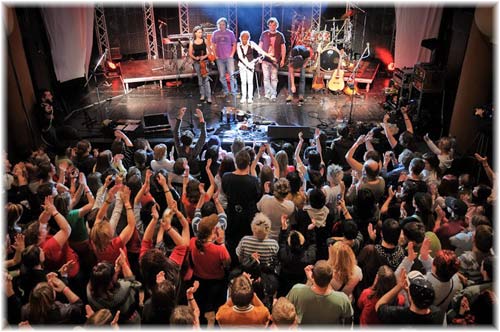 Palac Akropolis is a space of young artists from all around the world – it is multifunctional and multicultural. There are people there from all corners of the world all the time.

Near the first stairs in the foyer, you can always find a weird gallery of mad artists, so do not miss it. Upstairs is a day café/bar and cloakroom, and in the underground level, which is divided by that gallery, are three stages. First is a Divadelni bar (Theatre Bar); the second is called ‘Mala scena’ (Small Stage), and the third stage is the largest – behind the door near the main stairs – the so-called Hlavní scena (Main Stage).

The Main Stage serves for real stars only and as a theatre. Great bands have had shows there; Apocalyptica, Apollo 440, Natacha Atlas, Boban Markovic Orkestar, Dead Kennedys, Megadeth, Sigur Ros and The Strokes, to name just a few.

Drink prices are quite reasonable, which is why the place is often filled with too many locals, especially on Friday or Saturday nights. 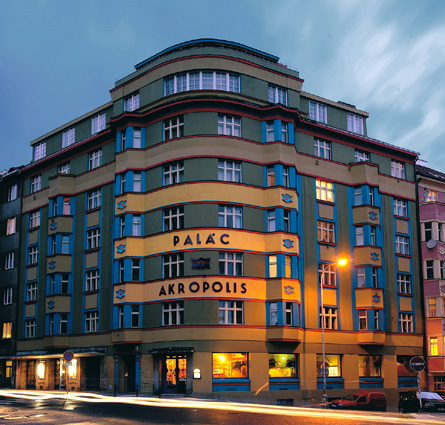