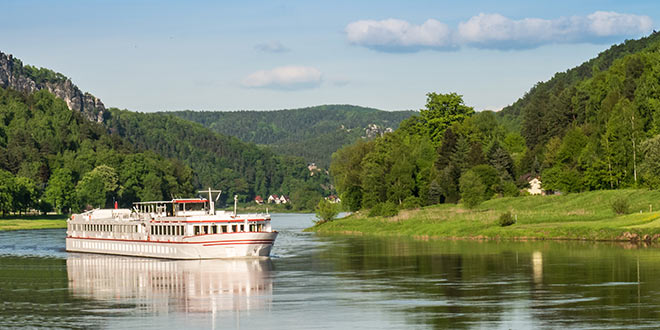 Even though Prague is connected via harbours in the North and Baltic Seas, public shipping connecting it with abroad is done by private sailings. In bad weather conditions, the water level of the Elbe River on both the Czech and German sides makes it impossible during certain parts of the season for big ships to sail to Germany and beyond to river harbours in the Netherlands, Belgium, Switzerland and France. However, when the water route is passable, it is possible to travel by ship to the whole of Europe. Prague is also a good harbour for small ships and travellers from Europe. 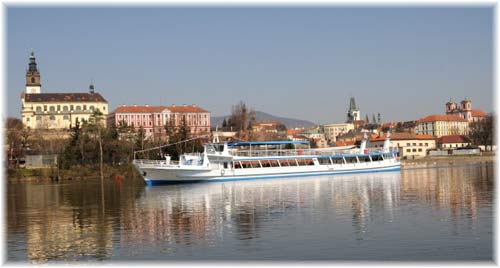 An increasing number of ships are to be seen in the city centre. The only regular lines are run by Pražská paroplavební společnost, founded in 1865. It connects Prague with Slapy dam, goes to Prague Zoo and twice a year makes a trip to Mělník. Other cruises include city monument sightseeing tours accompanied by food and music. It is also possible to hire a boat.