The CNB Has Closed the Chequepoint Exchange Office, Which Paid 15 CZK for a Euro in the Center of Prague 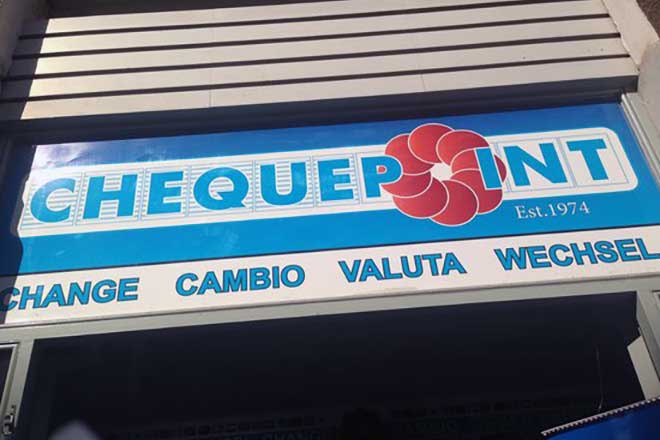 The Czech National Bank has decided to withdraw the authorization of Chequepoint for bailiff activity. She also ordered her to pay a fine of 1.2 million crowns. The reason was a repeated violation of the legal obligations related to the execution of the exchange activity, the CNB said on Monday.

In addition to the withdrawal of the business licence, the CNB imposed a fine of CZK 1.2 million on Chequepoint for violating the Exchange Act, the Payments Act and the Act on Certain Measures Against the Legalization of Proceeds of Crime and the Financing of Terrorism.

“Repeated sanctions, which the CNB imposed on Chequepoint in the past for past deficiencies in foreign exchange performance (in the amount of CZK 100,000 in 2012 and CZK 1 million in 2015), clearly did not provide sufficient redress. Therefore, its currency exchange operations were officially closed on June 11, 2018,” a central bank spokesman added.

The media in the past has seen cases where the Chequepoint exchange office in the centre of Prague paid tourists 15 Crowns for 1 Euro, while others at the same time gave around 25 Crowns. The disadvantageous rate was written on the information stand, but less attentive tourists were aware of the poor-value purchase afterwards.

Share
Facebook
Twitter
Pinterest
Email
Print
Previous articleAirbnb in Prague Attracts Many Entrepreneurs, but Only the Toughest Will Last
Next articleThe Government Has Approved the Possibility of Canceling Money Exchange at the Exchange Office
RELATED ARTICLES
News