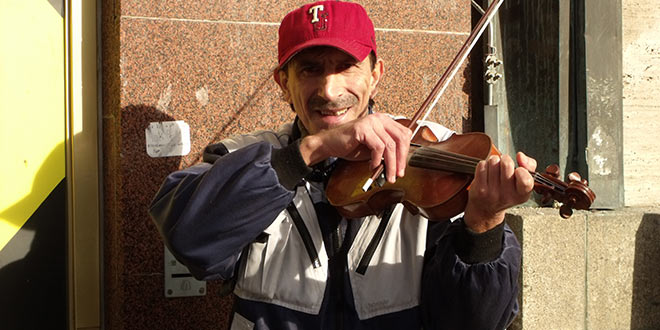 Although everyone is different, regardless of where you go in the world, there are some generalizations that can be made about the Czech people as a whole – although obviously, there are a few that really do not conform to this mould! While some of the idiosyncrasies that the Czech people have are incredibly obvious, others will only manifest themselves after you have spent time amongst the people and got to know them.

The fact that the Czech Republic has maintained ties with a number of different nations throughout history has led to the people there having an eclectic mix of identity and culture. As well as this, the Communist years also heavily contributed towards the Czech identity, although many of the effects that this era had been undoubtedly destructive.

Although it is dangerous to generalize a nation into pigeon holes, there must be a general understanding of the populous, so let’s take a look at some of the facets of the Czech identity…

Like most nations, the Czech people like to be with people they feel comfortable around, including their close friends and family. This isn’t to say that their circle of friends is impossible to penetrate, though, as they are always happy to invite others to sit or drink with them, especially if they happen to be foreign. When out with a group of Czechs, you will find that they are incredibly friendly and generous, as well as extremely accommodating towards you.

Although it was just stated that being foreign can help build relationships with Czech people, some within the country are getting tired of the constant stream of tourists making their way here. This means that sometimes you might encounter some resistance from people, but don’t worry  -these people are the exception, not the norm.

Conversation with Czechs is usually free-flowing and interesting, although language barriers can hinder it. Many Czechs speak English; however, you will make much better friends if you learn some Czech, even if it is only a few words. Czechs will always be extremely interested in any stories that you have to tell of your country. Still, they will also talk about their own nation with great pride and enthusiasm, which can lead you to discover things about the country that you wouldn’t have otherwise been able to do.

As you might expect after years of Communist rule, one subject that is usually not talked about is politics. This isn’t because the people are scared anymore, though – it is simply because they have no interest in it and generally distrust anyone to do with the political scene.

The Gypsies in the Czech Republic are treated with disdain – some might say racism – by the other members of society, thanks to the fact that they are viewed as never trying to assimilate with Czech society as a whole. Instead, they are seen as thieves, criminals and fraudsters, who live off the welfare state and don’t contribute anything towards the Czech Republic, either socially or financially. They are originally from India and migrated to Europe, but nobody actually knows why. The most common theory is that they were from the lowest caste in India and left as they were mistreated and were so poor.

The welfare state and the gipsies are a subject that many Czechs feel extremely strongly about, as they believe that the system encourages the Gypsies to stay out of work and have more children instead. However, part of the reason that the Gypsies can’t integrate into society is due to the fact that the Czech people won’t allow them to – something that has led to something of a Catch 22 situation. There is a dialogue on a regular basis regarding how to accommodate the Gypsy presence in the country better, but so far, none of it has yielded any good solutions. The UN has also criticized the government for its poor handling of the Gypsy situation.