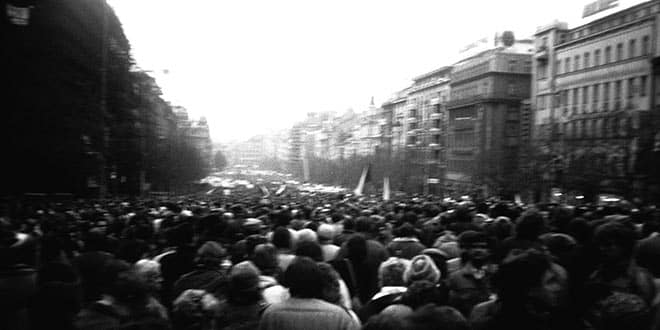 In 1348, Bohemian King Charles IV founded the New Town of Prague. The plan included several open areas for markets, of which the largest was the Koňský trh or Horse Market. At the south-eastern end of the market was the Horse Gate, one of the gates in the New Town walls.

During the Czech national revival movement in the 19th century, a nobler name for the street was requested. At this time, the statue was built, and the square was renamed. Wenceslas Monument and National Museum On the evening of October 28, 1918, Alois Jirásek read the proclamation of independence of Czechoslovakia in front of the Saint Wenceslas statue. The Nazis used the street for mass demonstrations. During the Prague Uprising in 1945, a few buildings near the National Museum were destroyed. They were later replaced by department stores. On January 19, 1969, student Jan Palach set himself on fire in Wenceslas Square to protest the invasion of Czechoslovakia by the Soviet Union in 1968. On March 28, 1969, the Czechoslovakian national ice hockey team defeated the USSR team for the second time in that year’s Ice Hockey World Championships. As the country was still under Soviet occupation, the victory induced great celebrations. Around 150,000 people gathered on Wenceslas Square, and skirmishes with police developed. A group of agent provocateurs provoked an attack on the Prague office of the Soviet airline Aeroflot, located on the street. The vandalism served as a pretext for reprisals and the period of so-called normalization. In 1989, during the Velvet Revolution, large demonstrations (with hundreds of thousands of people or more) were held here. 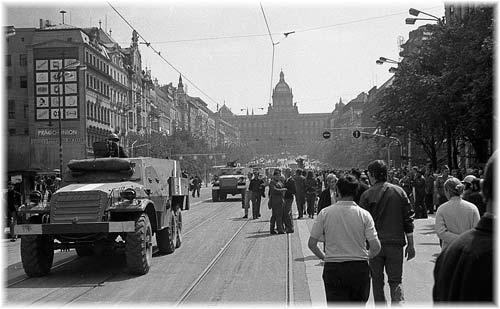