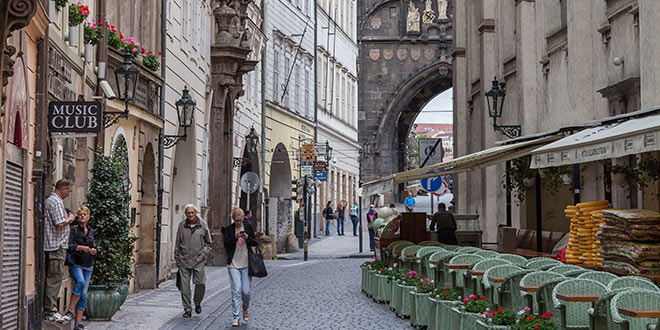 Originally called Jesuits street in the 12th century, this narrow medieval street was part of the Royal Route and has always connected the Old Town by way of Charles Bridge with the Old Town Square. There are several original Gothic and Renaissance houses, such as the Colloredo-Mansfeld Palace, At the French Crown, the Schönfeld Palace, At the Blue Pike, At the Golden Snake. Many have been converted into shops to attract tourists. 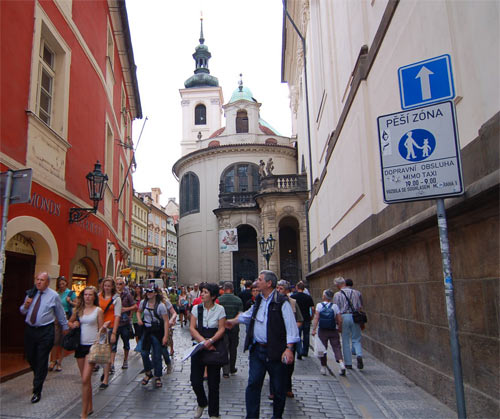