DISCOVER PRAGUE!
HomeCzech FoodTests Have Confirmed That the Same Foods Have a Different Composition When...
Czech FoodNews 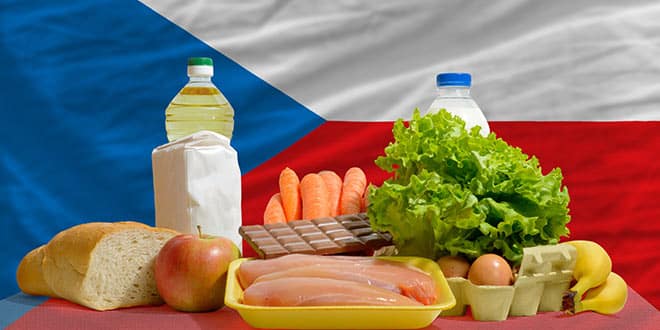 Rumours like this have been popular among people for quite some time, and the inhabitants of the border areas often prefer to go shopping in Austria or Germany. If the same product from a multinational company is bought in Czech and abroad, it has a different composition, even when the packaging is the same. In 2015, the Chemical-technological University in Prague published a study that confirmed that one-third of the purchased products had different ingredients.

The school purchased 24 products, or actually, it was 48 in total, one in Germany and one identified in the Czech Republic. The packaging was the same, so people would expect that the content would also be the same. However, eight products had a different composition.

A good example is Activia yoghurt. Its strawberry variant, sold in the Czech Republic, is dyed with carrot concentrate and carmine, but the variant sold in Germany is dyed with beetroot. All the listed colourants are natural, although carmine is, surprisingly, made from dried insect species – Armenian cochineal. Also, the fat content in the yoghurts was different. According to the declaration on the package, the Czech yoghurt should have 2.7 grams of fat in 100 grams of the product, and the German yoghurt should have 2.8 grams in 100 grams. But according to the research, the Czech one actually had 2.43/100 g and the German one 2.93/100 g.

According to a statement from Danone – which manufactures the product – the formula can differ from country to country. According to the company, the amount of fat is influenced by the fat content of the milk used for making the yoghurt.

“The fat content in milk is influenced by different diet[s] the cows have, and the different environment they are kept in,” the company said, according to Czech News Agency. The company defends itself by saying that they are trying to manufacture the products from local milk.

The Products That Were Different In the Czech Republic and Germany

Lunchmeat Tulip – a different main ingredient of the product

Jacobs Kronung – a difference in the content of caffeine

Nestea  – the products contain different sweeteners. The difference in the tea extract content

Another product that had a different composition was Rama. The fat content differed – the Czech version had 60 percent fat, the German one had 70 percent. According to the manufacturer, the difference is based on the different preferences of the consumers in different countries.

Another different product was Sprite. Again, the difference was in the sweetener used – in Czech, it was syrup and aspartame; in Germany, it was sugar.

Fish fingers Iglo had 7 percent less meat in Czech than in Germany. The main ingredient of Lunchmeat Tulip in the Czech Republic was chicken meat separated by a machine. In Germany, it was pork. Jacobs Kronung coffee, sold in the Czech Republic, had almost 30 percent higher caffeine content.

The study didn’t consider the prices of the products, but the researchers noted them. The results showed that most of the purchased foods are cheaper in Germany.

The increasing amount of Czech people shopping in neighbouring Germany clearly proves that Germans can shop more for less money there, and they also have a better selection. Some foods, especially those from better brands, can be bought sometimes up to 50% cheaper there, worth a little detour.

Share
Facebook
Twitter
Pinterest
Email
Print
Previous articlePrague Streets Will Be Decorated With New Art With an Investment of Millions
Next articleIs the Czech Republic a Country of Idlers? According to the Scientists We Are Not Doing Badly
RELATED ARTICLES
News