The Czech Museum of Fine Arts

The Museum was founded in 1963 as a regional gallery of the Central Bohemian Region and formed part of a network of state galleries in former Czechoslovakia.

It began its activities at Nelahozeves Castle near Prague in 1964 when it opened a permanent exhibition of Czech modern art. This was discontinued in 1971, and instead, an exhibition of old European art (the Spanish art from the Roudnice-Lobkowicz collection) was assembled. This collection and the castle itself were returned to its original owners as part of restitution in 1993.

In 1971 three reconstructed historical houses in Husova St, in the Old Town district of Prague, were opened as the gallery’s new home. They remain the centre of the Czech Museum of Fine Arts, where it also stages temporary exhibitions of 20th century and contemporary art. 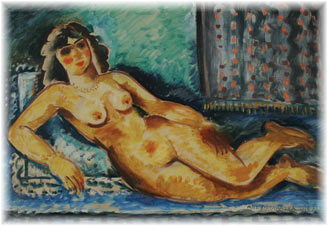 The museum is currently reconstructing the former Jesuit College and its grounds in the historical town of Kutná Hora, some 60 kilometres east of Prague, as a new centre for its activities. The Kutná Hora Arts Centre is due to open soon. The Czech Museum of Fine Arts is opening a permanent exhibition of its collection in Kutná Hora following a gap of more than thirty years. The exhibition is finally due to present the full spectrum of the museum’s art collecting from the time it was founded up to the present day, thus following in the tradition of its first installation of 20th-century art Nelahozeves Castle in the 1960s. The museum has, until now, compensated for the lack of space to present an overall view of the collection with exhibitions of its artworks at Husova St, the House of the Black Madonna, Carolinum, and other regional galleries and institutions abroad.

Open: daily except Mondays 10 am-6 pm