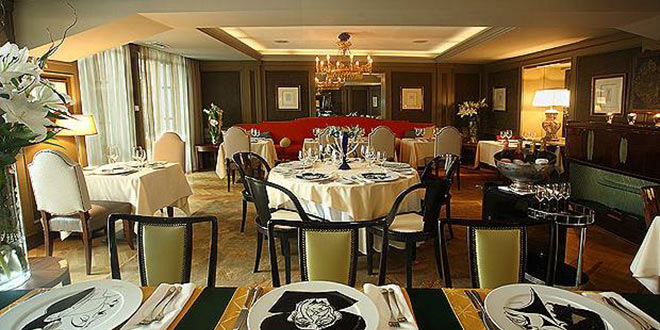 The victory of Prague Aria Hotel in Tripadvisor´s inquiry about the world’s most luxurious hotels aroused immense interest in the Prague hotelier industry. Last year, U Zlate Studne and Le Palais Hotels were placed the best in this inquiry. However, this year’s hotels were by far surpassed by Aria boutique hotel that captured this prestigious category as the first Czech hotel in history.

Aria, the Prague musical hotel, which is located in Trziste street in Lesser Town and is almost neighbouring with the American Embassy, became in the stated inquiry the most luxurious hotel in Europe as well as the whole world. However, it is not the only representative of the Czech Republic or Prague placed well in the inquiry. Ventana Hotel with its 33rd position, Hotel Le Palais in the 41st position and The Icon Hotel with its rounded fiftieth position also went into the first fifty. 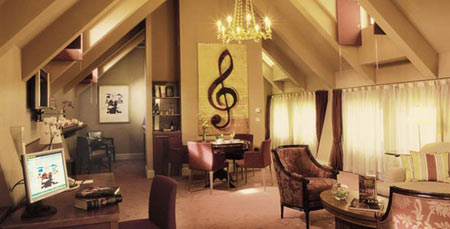 A cosy small hotel U Zlate Studne, a sister hotel of Arie, gained a lot of credit. It fought its way to the third position in hidden jewels of the world and to the second position in Europe’s jewels categories.

Hotel Aria – Art at Every Step

Already when entering the Aria boutique hotel, you will be addressed by a horse miniature known from Myslbek´s statue of St. Wenceslas on Wenceslas Square. And art eradiates at you at every step, even on the plates of the hotel restaurant CODA. You can find there popular music celebrities presented by caricaturist Josef Blecha on sixteen types of plates.

The entrance hall will also hold your interest by its mosaic paving representing ancient musical score. The Petrof concert grand in winter garden will probably not surprise anyone in a musical hotel; its non-presence would be odd. It is just a step from the all to a cosy musical saloon, a hotel flagship, so to say.

To be accommodated here and not to enjoy the absolute quietude of the library with a fireplace would be a real sin. Ivana Stehlikova, the Hotel Musical Director, assists the guests with selecting music that they secretly in their souls wished for while reading. The local fund offers several thousand CDs and hundreds of musical DVDs. 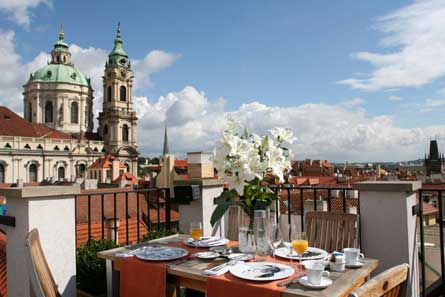 Seven Apartments for the Most Demanding Ones

Vrtbovska garden provides an ideal relaxation, which can be entered directly from the hotel in the summer months. The hotel guests are then in the evening hours the only ones to delight in the beauties of this garden on UNESCO List.

As far as accommodation is concerned, you can find 52 rooms in the hotel. The most demanding guests are in particular pleased by seven apartments. Thus, the real peaks are the Mozart apartment, which is very bright and offers a beautiful view of the Vrtbovska garden and loft apartment Billie Holiday. It is less backlit but very spacious, and its interesting ceiling provides it with an exceptional atmosphere. 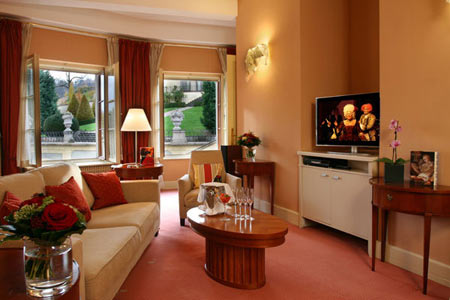 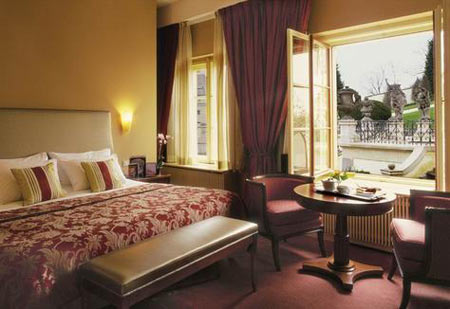 Tip: Luxury limousine transfer from Prague Airport to your hotel.