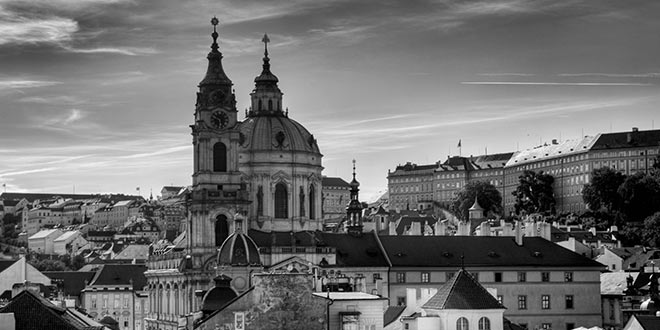 Prague is a well- known old city in Europe that is a host to many tourists all around the year. The aura of the place speaks for itself. Prague is the capital of the Czech Republic, whose traditional and archaic European ambience is too appealing than ever imagined. Czech is deemed to be the heart of Europe and has a population of more than ten million people, out of which 1.3 million are nestled peacefully in Prague.

Prague has almost completely recovered from the Communist legacy and is fast becoming like any other big European city, with all the freedom and pitfalls that entails. The Czech Republic joined the EU in May 2004. Financially speaking, Prague is much more expensive than the rest of the country, much more for Czechs than for foreigners. The image of a cheap eastern European destination that some foreigners still remember is now history. An interesting fact is that regardless of increasing immigration and a thriving ex-pat community, the Czech capital is still very homogeneous – Praguers are almost all Czechs. But it doesn’t mean that locals dislike foreigners; Czechs are generally amiable and open people. Although there is one exception: as the city continues to suffer from large numbers of British and Irish stag parties, many locals have had enough of large gangs of noisy lads surfing from pub to pub on a tidal wave of beer and testosterone. So don’t be surprised when you see signs on pubs saying ‘no stag parties allowed’. The Sites Worth Gazing

The Charles Bridge at Prague is a host to many visitors all around the year. This bridge was completed and made public in 1400. It displays grotesque architecture and river views that keep the visitors engaged, especially during the summer season. The eminent Wenceslas Square hat has also deemed the heart of Prague, and that grounds some of the most wonderful restaurants, shops, and pubs in Prague. The Old Town centre is also a place worth visiting in Prague. The centre has a parade of some marvellous historical sites like the Old town Hall and the Astronomical clock where the visitors get to see the land from the 60-meter elevated tower.

Getting around in Prague is quite simple and convenient. Besides the natural beauty that the place is blessed with, human technology does not end scoreless. There are trams, metros and buses to explore the charismatic place.

Prague Is the Land of Wonderful Museums

There is the National Technical Museum, which displays old cars, bikes, planes, trains, cameras, watches, etc. The best part is the museum itself that is a historical building of the 1930s. The Mozart Museum is worth appreciating. The music lovers can have a gala time here, for the place offers historical music scores, letters and musical instruments that are exclusive and great to enjoy. Specifically for the artists is meant the Museum of Decorative Arts presents Czech porcelain, crystal and wood -carvings. Not to overlook is the Wax Museum that has proven its worth across the globe. Apart from these, many good museums and art galleries are evenly spread across the city.

Prague also has some magnificent castles like the Karlstejn Castle, redesigned in the 19th century and one of the most photogenic castles known so far. Close to the castle place, are sold exotic Bohemia crystals that the tourists often love to take back home. The Konopiste Castle is known for its French-style architecture from the 13th century. It is located about 44 kilometres southeast of Prague and is thrown open for visitors from May to August. The Krivoklat is a 13th-century castle that boasts a prison, torture chambers and one of the biggest non-church Gothic Halls in the Czech Republic. Prague is ideal for all the music devotees to relish the classical concerts at the State Opera and the Rudolfinum or the Municipal House. The Prague Autumn Festival is a big music event that offers lots of classical concerts and music. The Prague Spring festival is famous all over Europe. It is a liked cultural event that goes on from 12th May to 3rd of June every year.

The nightlife of Prague is thrilling and active with music in the air and loads of pubs, discos and bars cuddled in the city. Besides these, many other attractions make Prague a perfect holiday destination.